José María Arizmendiarrieta was a Spanish Basque priest whose visionary work in founding Mondragon University, and later a corporation of highly competitive cooperatives, helped impoverished Spaniards reclaim their dignity after the Spanish Civil War. Pope Francis declared him a “venerable servant of God” in 2015, that is  a “person of demonstrable heroic virtue,” which is the first step in the process of becoming officially a saint in the Roman Catholic Church.

With roughly €25 billion in total assets and €12 billion in revenues, to boot, Venerable  Servant of God José María Arizmendiarrieta certainly proves that with faith, the core principles of the Catholic social magisterium literally pays off.

Fr. Arizmendiarrieta, or “Arizmendi” for short, discovered his vocation to the priesthood not too long after the Spanish Civil War (1936-39). Despite having lost an eye in an accident during his youth, Arizmendi became a voracious reader and keen observer of human action. During the Civil War he worked as a correspondent for the Basque-language Eguna newspaper and was outspoken against Francisco Franco’s dictatorial vision. Hence, with the aid of Franco’s informants, in 1937 Arizmendi was arrested, imprisoned, and faced the firing squad in an effort of national forces to kill the message by killing the messenger. Arizmendi escaped execution only because of a last-minute administrative fluke. Soon after, he began his seminary studies for ordination to the Catholic priesthood.

Eventually, Arizmendi began his priestly mission while assigned as an associate pastor of a parish in the tiny Basque town of Mondragón. This was yet another providential moment. It was in Mondragón that he began to observe once again his surroundings. What was immediately obviously to Arizmendi was that the townsfolk were caught in a vicious cycle of poverty, with only petty work available following the Civil War and no practical investment in education or industry. The war was destructive both materially and spiritually. Arizmendi thought deeply about how to break this cycle.

Beyond his catechesis to locals about Catholic social teaching (e.g., the dignity of work, the calling to use our talents for the service of others, the protagonism of the worker-subject, the social solidarity of the workplace), Arizmendi had the initial idea of creating a professional formation school to teach new techniques and the valued skillsets of the time. He initially worked with a local Basque factory to provide some practical training, but both parties eventually had a falling out. So Arizmendi packed up his bag of ideas, and started his own polytechnic professional school, now known as Mondragón University. From its humble beginnings of providing mostly blue-collar training to underemployed rural adults, the university now offers full-time bachelors, masters, and doctorate programs in the fields of engineering, material sciences, business, communications, IT, and education to thousands of students from around the world. 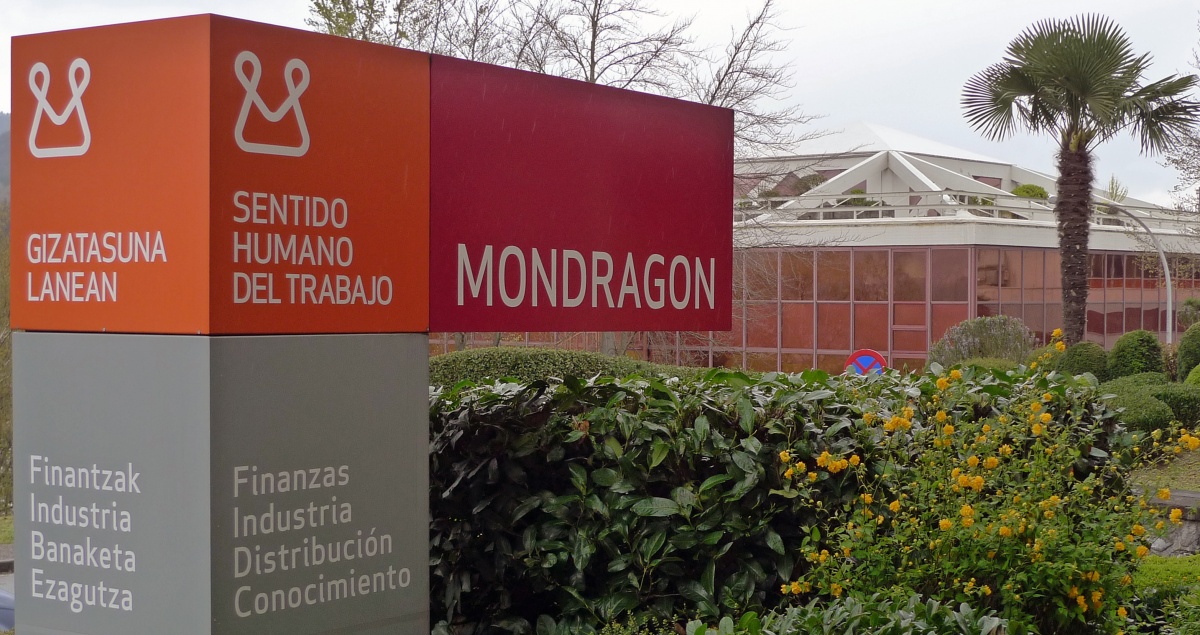 Arizmendi wanted to do more than merely connect his students to other businesses for employment. He wanted to create his own business and hire those he had trained at the upstart Mondragón polytechnic. As we read in William Foote’s “Making Madrigón,” Arizmendi formed a small brain trust in 1955. It was then that:

“... he selected five young people to set up the first company of the co-operative and industrial beginning of the Mondragón Corporation. The company was called Talleres Ulgor, an acronym derived from the surnames of Usatorre, Larrañaga, Gorroñogoitia, Ormaechea, and Ortubay, known today as "Fagor Electrodomésticos."

Hence along with the worker-owners of the first cooperative venture, Arizmendi dedicated their new business to minor industrial machinery and, most of all, domestic appliances. Over the next few decades, with added capital reinvestment from a booming Spanish economy throughout the 1960s and early 1970s, a dozen or so more cooperatives were created to form a robust Arizmendi Corporation. Among the key new ventures in food retail was the highly performant and still existing Eroski Supermarket chain (which currently has 1,000 stores in Spain  and in France). Over the next few decades, as globalization advanced, the Arizmendi Corporation portfolio flourished and expanded to multiple new sectors: finance, insurance retail, and knowledge industries. Examples include the credit union Laboral Kutxa and insurance company Seguros Lagun Aro and private pension and disability pay-protection group Lagun Aro. The corporation then founded the MandragonLingua language schools and translation services, Mondragón Sistemas (automation, industrial computing and telecommunications), and the famous bicycle manufacturer, Orbea. 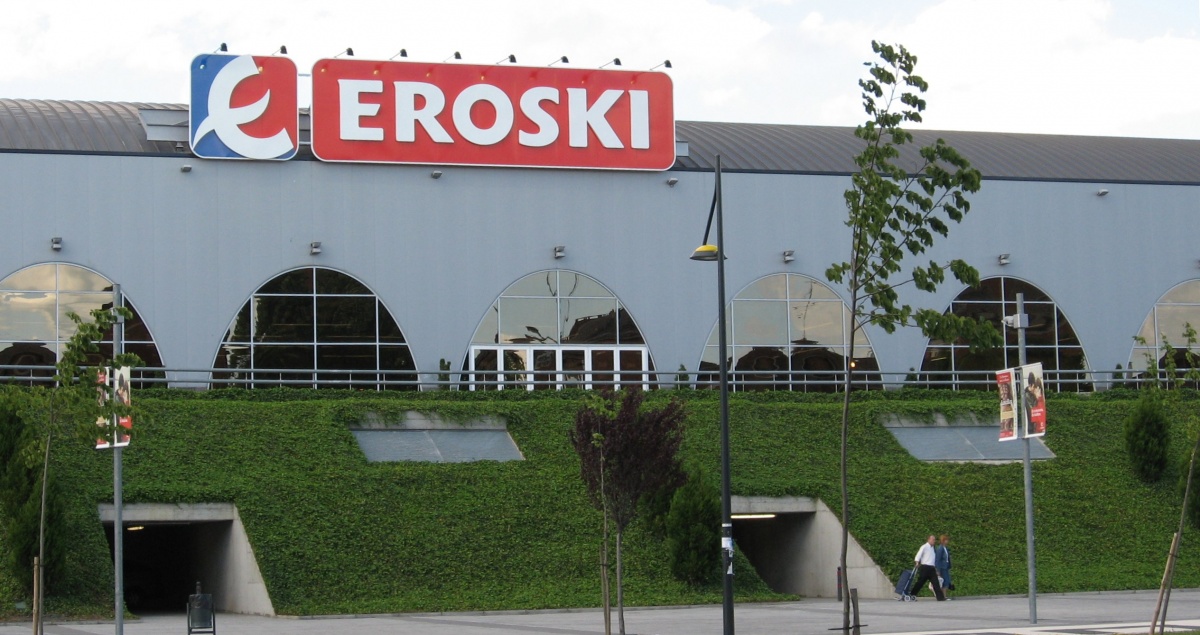 An Eroski supermarket in Vitoria, Spain.
CC BY 2.5, https://commons.wikimedia.org/w/index.php?curid=938879

The Mondragón Corporation became such a highly sought after symbol of success that the original Fagor cooperative was a principle sponsor of Spain’s national sports teams, particularly in cycling, until it declared bankruptcy in 2013 because of apparently irresolvable debt issues. However, a few months later in 2014, Fagor received great news. It was not to destined to die of financial disease, since in the following year Spain’s CATA Group rescued Fagor with a €42.5 million acquisition. According to Catalan News, CATA spent “€14.5 million more than was offered by the Algerian company, Cevital … (and) covered all of the bankrupt divisions of the Basque cooperative and pledged to create 705 direct jobs, as well as ensuring the continuity of the brand names Fagor, Edesa, Aspes and Splendid” in addition to retaining the seven-decade run of wealth and vocational job creation inspired by Catholic social teaching.

Not everything has been a “Kingdom of God” in terms of the Mondragón Corporation’s original charter and mission. Not all the giant cooperative’s many companies have been always profitable and growing, like Eroski, and not all the workers are also owners. However, all in all, Mondragón Corporation is the seventh-biggest company in Spain and number one business group in the Basque region with over 81,000 employees. With roughly €25 billion in total assets and €12 billion in revenues, to boot, Servant of God José María Arizmendiarrieta certainly proves that with faith, the core principles of the Catholic social magisterium literally pays off.

Michael Severance earned his B.A. in philosophy and humane letters from the University of San Francisco, where he also studied at the university's St. Ignatius Institute, a great books program. He then pursued his linguistic studies in Salamanca, Spain where he obtained his Advanced Diploma in Spanish from Spain's Ministry of Education before obtaining his M.A. in Philosophy and Modern Languages from the University of Oxford.