One of the leading philosophers of our time says Western culture will have to be handed down outside the ivory towers and college lecture halls – and he has strong reason to believe that its promulgators will be successful. Sir Roger Scruton’s optimism is not unfounded; he found the dissident, underground student communities of communist-dominated Europe had a greater thirst for truth and Western culture than their contemporaries in the politically correct West.

Scruton reminisced about his career as a pioneering thinker – and target of leftist opprobrium – while receiving the Jeane Kirkpatrick Award for Academic Freedom on Thursday night at Encounter Books’ twentieth anniversary gala.

In his native UK, he found his lectures – whether on conservative philosophy or subjects such as aesthetics – boycotted, canceled, or shouted down. Decades before the term became accepted, Scruton had been “deplatformed.” 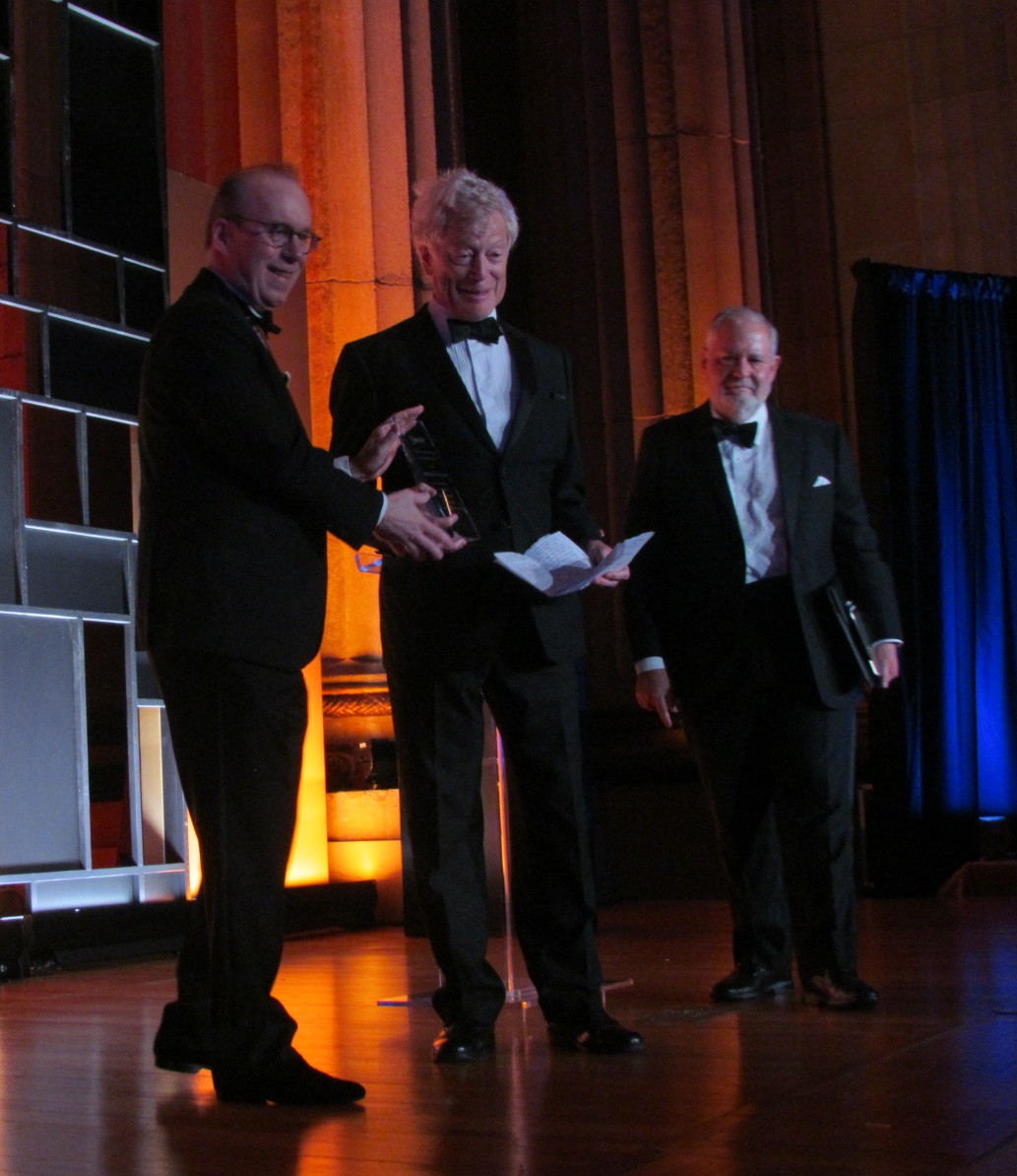 “I’ve enjoyed the increasing certainty that there is a real distinction between true and fake knowledge, between truth and ideology, between the affirmation of an inheritance and resentment at one’s inability to receive it,” he said. “The culture which has been entrusted to the universities to pass on is no longer passed on, because those charged with doing so no longer believe in it.”

The trends holding academia in thrall lack not merely the content but the methodology of prior scholarship. “The new curriculum is a curriculum of foregone conclusions,” he said.

“Nonsense is extremely useful, as I’m sure you’ve all realized, if you want to affect a major change in the culture,” he said. “If you’re speaking nonsense, nobody can correct you.” 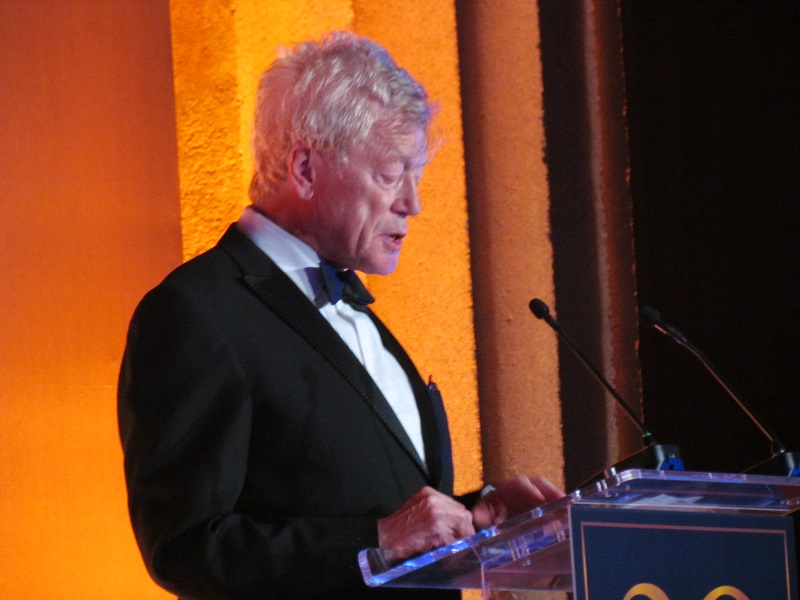 Yet Scruton found hope in an unexpected place. Through “accidental circumstances,” he came to give underground lectures in Prague and other Soviet-dominated nations during the Cold War. His pupils, blacklisted from Marxist universities for refusing to countenance the regnant mythology of their society, huddled in “little rooms, with the secret police standing outside the door, waiting to pounce at any moment.”

…And pounce they sometimes did. Scruton found himself detained and then expelled from Czechoslovakia. Larry Arnn, the president of Hillsdale College, said Scruton had managed the rare feat of being “reviled by the communist world and the communist part of the liberal world at the same time.” But Vaclav Havel would one day give Scruton the nation’s Medal of Merit. In the meantime, Scruton had another reward.

Transmitting a culture of freedom

Scruton said in Prague, “for the first time in 10 or 15 years, I breathed the air of free inquiry.” 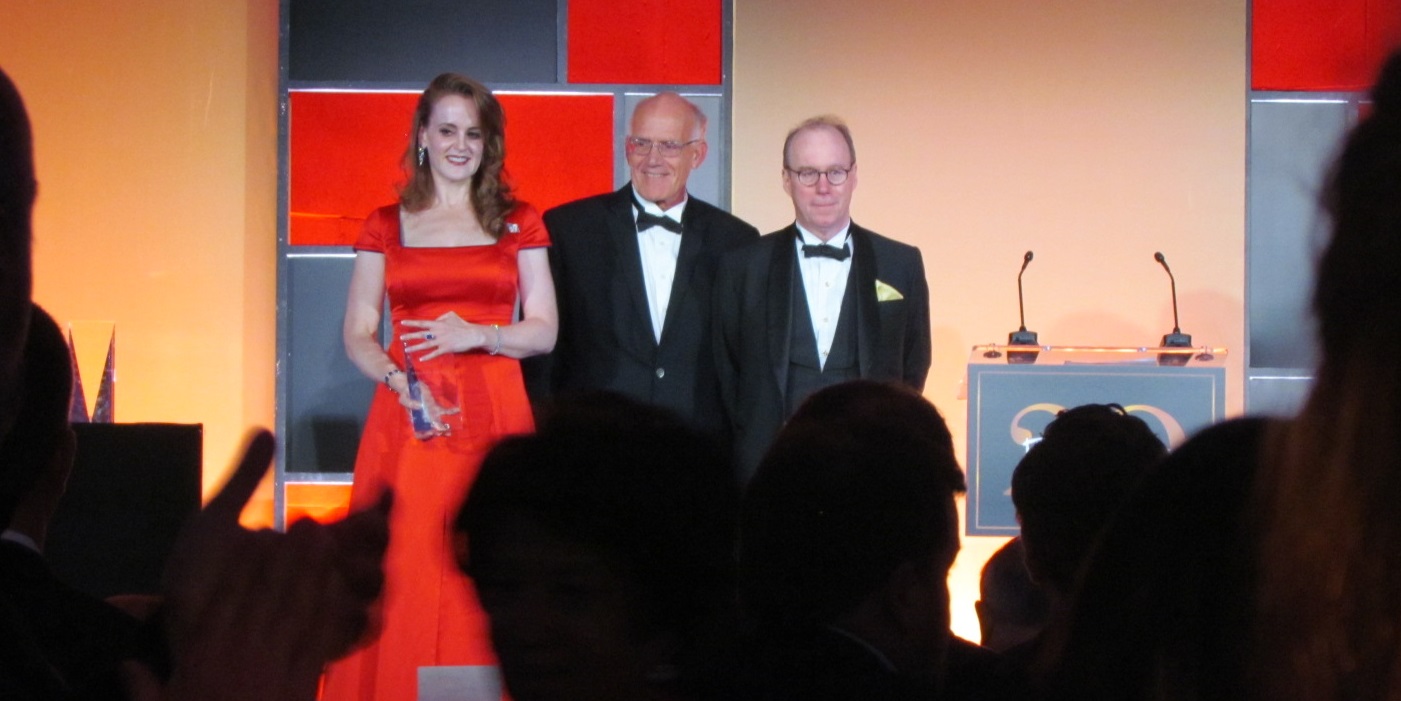 Scruton’s insight found an echo in the evening’s other award recipient, philanthropist Rebekah Mercer, who received the Encounter Prize for Advancing American Ideals. Victor Davis Hanson described her as a woman who “does not privilege the received wisdom of the status quo.” Rather than focus on university-age adults, she aimed to inculcate a sense of American values in the classroom of her own family.

“I raise my children with a reverence, gratitude, and understanding for the cornucopia of blessings that is America,” she said.

“I homeschool them to educated them properly about history, economics, philosophy, and civics, to name a few vital areas of now arcane knowledge,” Mercer told a rapt audience. “In an age when American values are disparaged – and their protectors routinely depicted as villains, and bigots, and sowers of hate – it is more vital than ever to speak up for those values and to pass them on to our children. The future of this precious land, and the future of our progeny, depend on it.”

The failure of those values stare at us from the headlines daily, she said. “The disrespect our elected officials have shown the Constitution for over more than a century has allowed the government to mushroom to a size inconceivable to our founders.”

Equally inconceivable was the notion of using anything other than gold or silver as legal tender, a policy that she said compounded with cynical, tax-and-spend electoral strategies to create a raging federal leviathan.

Politicians “have laid off their constitutionally mandated power of the purse to massive, unelected, inept, and ineffective bureaucracies,” Mercer said. “The Tenth Amendment to our Constitution was designed by our founders as an emergency brake to the accumulation of centralized power. They knew that too much power concentrated in too few hands, isolated from most of the country’s population, would corrode the mechanisms of government and drag us inexorably into corruption.”

Corruption can only be checked by right action based on right belief and right reason. The dissemination of these values is the reason Encounter Books was founded, she said.

The Lynde and Harry Bradley Foundation launched Encounter Books in 1998, and it has published such renowned authors as Thomas Sowell, George Gilder, and James L. Buckley, as well as foreign authors including Kenneth Minogue, Humberto Fontova, Daniel Hannan, and Ryszard Legutko.

Scruton closed his speech by saluting his fellow “pariahs.”

“It’s been a great adventure for me to be so hated by people I hold in contempt,” he said.

However, those who attended the event – which concluded with a toast from Richard Graber of the Bradley Foundation – were united, not by their kinship as mutual objects of hatred, but by their common love of Western culture and values. And their pledge to continue sharing those eternal and time-tested verities, circumventing academia if necessary, so that future generations may breathe the air of free inquiry.