On an afternoon three years ago, Sheskalo Pandey bounded through her front door to receive a life-changing message from her parents: She was going to be married.

They thought their daughter would be as happy as her childhood friends, many of whom had already found husbands. But Sheskalo was devastated. She was only 14.

Sheskalo, who lives in Nepal’s southern province of Kapilvastu, desperately wanted to continue her education, but her parents believed an arranged marriage offered everyone better financial prospects.

Suddenly, Sheskalo had an inspiration that held the key to sparing her, dozens of girls in her village and potentially millions of girls around the world from coerced child marriage: She went into business for herself.

“I begged my brother to lend me enough money to buy some colored paper and glue, ” she said. She began making and selling crafts.

Her mother agreed to give her six months to make enough money to cover her schooling fees – but if she failed, she would be married off. Her father, who was quietly supportive, spent all his savings on a bicycle to expand her sales territory.

Sheskalo paid him back within two weeks. Her entrepreneurial venture now earns more than the national minimum wage. She is taking classes to learn computer technologies and plans to earn an accounting degree.

Her example convinced her friends that they need not be resigned to a life of scarcity and subservience.

“There are 35 of us who have bought our own bicycles now, and we stopped two girls from getting married last month, ” Sheskalo said.

Not all are as fortunate. In Mozambique, Carlina Nortino’s impoverished family arranged her marriage at age 13, thwarting her dream of becoming a midwife. “It was never my desire to get married at that young age; I wanted to go to school. But I was forced to by my father, ” she said. “The family didn’t have enough food to survive, so my father accepted the proposal” – and its accompanying dowry.

Sheskalo and Carlina are two of the 15 million underage girls who are married every year – 41,000 a day, according to the World Bank. In some areas, as many as half of all girls will marry younger than age 18 – often far younger. One in every nine girls in developing countries will marry before they turn 15.

Child marriage offends the Western moral tradition, which holds that minors lack the intellectual maturity and life experience to grant consent. But the harms it inflicts on girls, children and society are anything but abstract.

Forcing a child bride to consummate her marriage before she is physically mature puts her life, and her baby, in danger. A 2013 study “demonstrates that a 10 percent reduction in girl child marriage could be associated with a 70 percent reduction in a country’s maternal mortality rate.” The World Health Organization (WHO) found that having a child before the age of 18 raises the infant mortality rate by 60 percent, and the child faces a 28 percent higher chance of dying before the age of five.

Childbearing is, unfortunately, only one threat to the girls’ survival. Isolated from family, devoid of any support network and in subjection to their older husband, child brides are expected to carry out all the work her husband’s family demands – or suffer the often horrifying consequences.

Faiza Ahmed, a Bangladeshi girl, married right after finishing the fifth grade. When she could not procure a dowry sufficient to please her husband, he began beating her – until, one night, his abuse escalated.

“When I went outside, he flung something on my face … and it started burning. I started screaming and running. He caught my hand and poured more of it on my back, ” she told Human Rights Watch.

He had attacked his child bride with acid.

“He burned my eyes. I cannot see properly anymore,” she said.

Other abusers mix physical torment with a deeply cultivated sense of dependence.

At 16, Consolata became the second wife of a 37-year-old man – although polygamy is illegal in their native Burundi. “My parents forced me, since they had already taken money for my dowry,” she said.

She instantly found herself plunged into a life of abuse – mentally by her husband’s older wife and physically by her spouse. Her husband deprived her of economic resources in order to keep her subordinate to him.

“He beat me, and I had nowhere to go for support. He sold the property where I used to grow food,” she said. “I was obliged to work for others to feed my children.”

“I could not even attend Mass, because I was a second wife and not legally married,” she told the nonprofit CARE.

In time, she got access to capital in the form of a $5 loan, which brought her unprecedented autonomy. Within three years, she had earned $1,000 in land and assets, which she owned in her own name.

Her achievement, without a formal education, underscores the economic damage of underage marriage. Child brides’ wages are an estimated 9 percent lower than if they had finished school. That amounts to $7.6 billion a year in lost earnings and productivity – in Nigeria alone. Limiting girls from a poor background to the most rudimentary schooling locks them into destitution – and increases the chance of their daughters becoming child brides.

Child marriage “hampers efforts to end poverty and achieve economic growth and equity,” said Quentin Wodon of the World Bank. Ending it is “not only the morally right thing to do” but also “the economically smart thing.” 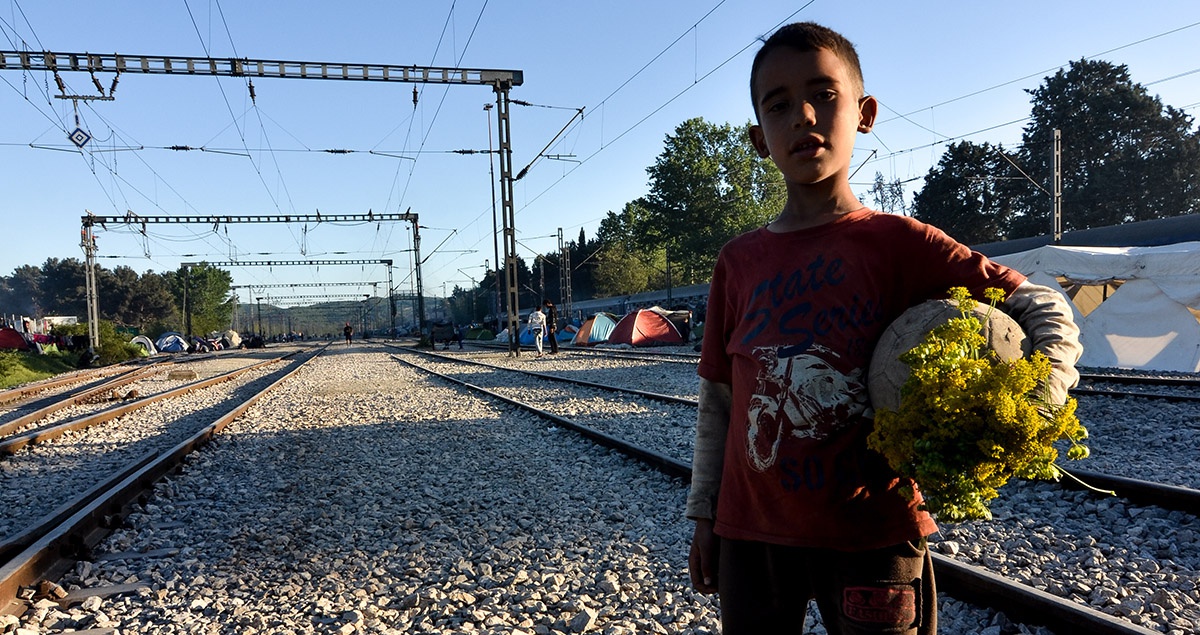 The laws of economics apply to child brides too

“It’s not complicated why girls are made to drop out of school: It’s just about money,” said Sheskalo. “People don’t have enough food to eat three times a day, so if you have a daughter, you’re going to want to find her a husband as soon as possible.”

Dowries provide an additional incentive for families to marry off their daughters young. Since many societies see the newlywed child as part of her husband’s family, younger brides will spend more years in their service. Therefore, dowries decrease over time. Conversely, in India, where tradition dictates that the bride’s family give gifts to the groom, the dowry rises with the girl’s age – economically rewarding the family for taking an “old maid,” presumably unable to snare a husband sooner.

Economic incentives can entice families even when they resist strong cultural pressures. “If I was able to feed my children, I wouldn’t have pushed her to get married so young,” said Carlitos Camilo, Carlina’s 49-yearold father. “Look at my other daughters. They grew up; they went to school; they got married at a normal age.”

The West has made a concerted effort to curtail child marriage, but its key institutions have failed to grapple with its fundamental causes.

The northern Indian state of Haryana offers bonds to newborn girls redeemable on their 18th birthday, provided they are unmarried. These government programs have the unintended consequence of entrenching the system they are meant to eradicate.

The United Nations Population Fund (UNFPA) focuses on legal prohibitions (which are ubiquitous but poorly enforced), “health information” and “reproductive health services.” Yet the nonprofit BRAC found that 60 to 70 percent of young women in remote Bangladesh were already using some method of contraception – and, of course, contraceptives do nothing to prevent marriage.

The Guardian UK rather imaginatively attributed child marriage rates to climate change. Although the author admitted that “none of the villages” surveyed “had any way of recording the changes scientifically, or indeed felt any urge to do so.”

In some instances, the government has recognized the economic underpinnings and simply pays girls to remain single. The northern Indian state of Haryana offers bonds to newborn girls redeemable on their 18th birthday, provided they are unmarried. These government programs have the unintended consequence of entrenching the system they are meant to eradicate. “Cash transfers tend to perpetuate dowry,” UNICEF noted, “since parents use the grant for that purpose as soon as the girl turns 18 years old.” The dowry system proves irresistible to desperately poor families who cannot, or will not, risk their economic future on the remote prospect of a government payout.

The region’s nonprofit sector has realized that government transfer payments do not mitigate the problem as well as the free market. BRAC has launched 360 clubs that teach rural girls aged 11 to 21 financial literacy, entrepreneurship, vocational skills and the use of savings and credit. “The program aims to provide [the participant] with training on such enterprise so that her contribution to her household becomes valuable, thereby contributing to increasing her agency, ” the group states. The results have proven impressive in Uganda, where girls who stay in the club for two years are 58 percent less likely to marry before adulthood.

In India, the nonprofit Landesa teaches young girls the importance of land ownership, cultivation and financial literacy. “Strong, legal rights to land can provide the rural poor with the opportunity, security, and incentive they need to invest in their land to improve their harvests and their lives,” the group states.

“Landlessness is the biggest indicator of poverty, ” said Sumit Gupta, chief revenue officer in Nadia district. “Using land literacy and land ownership to address these issues is a practical approach, and it has worked.”

He added that girls who attend Landesa’s classes are more likely to stay in school, marry later and own real assets in their own names.

Parents, once wary, now “send their daughters willingly, ” according to program supervisor Dilwara Mondal. “They can see the difference it’s made to them, and to their lives.” The program changes their incentives and shows them that education furthers their own self-interest.

The West has its own vested interest in finding a way to discourage child marriage, since it is no longer a purely exogenous problem.

Child marriage returns to the West

When German Chancellor Angela Merkel invited millions of Middle Eastern migrants to settle in the EU in August 2015, she had not anticipated they would bring child brides with them. By the following July, the nation was home to 1,500 married minors – including 361 girls who were married before the age of 14. A German court validated the marriage of a 15-year-old Syrian girl to her 21-year old cousin. Now, the problem blankets the EU. Sweden allowed migrants to live as man and wife with their underage brides inside government asylum centers. And in Turkey, which has long aspired to EU membership, the directorate of religious affairs ruled that Islamic law allows girls to marry at age nine.

In many ways, this marks a reversion to the mores of pre-Christian Europe. In The Rise of Christianity, Baylor University scholar Rodney Stark writes that classical marriages regularly took place as young as 11 or 12. “Christian women,” however, “married at a substantially older age and had more choice about whom they married.” He attributed the unusually high influx of female converts to the ancient Church’s prohibition of abortion and infanticide (both of which targeted girls), monogamy and the equal expectation of marital fidelity.

“Christianity was unusually appealing because within the Christian subculture women enjoyed far higher status than did women in the Greco-Roman world at large,” Stark writes.

The Western heritage – with its strong belief in the equal dignity of all human beings, private property rights and respect for individual liberty so long as it does not violate the rights of others – drove child marriage out of the continent. Yet that philosophical and moral framework has been lacquered over by generations of economic collectivism, paralyzing guilt, and identity politics. Worse, the faith that inspired it is receding. History and modern experience teach that this creed can reduce the scourge of child marriage, if the West is willing to defend and promote it without apology.