The Hague, Netherlands—I’m writing from the capital of the Netherlands on the 75th anniversary of D-Day. I am here to attend a conference at the Peace Palace, a complex built by Andrew Carnegie’s philanthropic work in 1913. This was perhaps the high-water mark of international optimism about the prospects for peaceful human development. 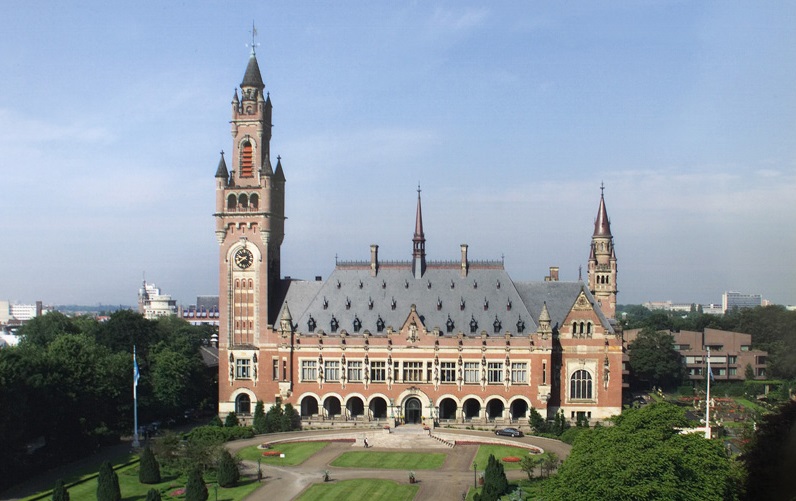 Less than a year later the Great War would begin, the first really modern war, in which trench warfare and chemical weapons would contribute to nearly 10 million military deaths, with another 20 million wounded. More than seven million civilians would also perish in just over four years.

This was supposed to be “the war to end all wars.” The Dutch statesman Abraham Kuyper was no longer prime minister by the time the Peace Palace was constructed, but he did take note of it, exchanging letters with Carnegie. He also supported the peace conferences that had been held in The Hague previously. But as he reflected on the outbreak of World War I, he contemplated the nature of war and peace, and how the optimistic mood had contributed to the existential shock of military conflict.

“Prosperity had grown among the nations to an unprecedented degree. Worries no longer had a hold on men’s hearts. Welfare flowed from every quarter. The call for ‘Peace, peace’ silenced all sober reflection,” he writes. “As never before, governments and heads of state had made it a regular custom to testify to their faith in enduring peace. There was not one who did not aspire to anything besides peace, and once more peace. Gone was any apprehension of conflict and war.”

Always a staunch Calvinist, Kuyper did not doubt that God’s providence had a determining role in what was happening. “God has stepped in. He it is who has suddenly disrupted this false peace. Dread fills every heart and almost all feel that God is afflicting us with terror after terror. They are your terrors, oh God, that frighten us and appall us,” laments Kuyper.

This ideal of a permanent peace has a powerful allure, such that even in the outbreak of a global conflagration it could be thought that this would be the final such conflict. It was, as we know so well and so painfully, not to be. Just two decades later another global war would be visited upon the world, one that would last longer and claim many more lives.

If World War I showed the cracks in nineteenth-century optimism about human progress, then the Second World War shattered such hopes. The price of peace would again be known to be, as the old saying goes, eternal vigilance. And indeed, the price of peace includes the sacrifices of all those who suffered and died during and after the war, and on this June 6th commemoration it is especially appropriate to consider the terrors faced by those brave souls storming the beaches of Normandy.

Kuyper observed that the prosperity that had accompanied peace had led humanity astray. In seeking peace apart from the prince of peace, Jesus Christ, “The world has provoked God. The nations have denied God and forgotten him.”

In terms of material progress and prosperity, the post-World War II period has been unprecedented in human history. We have continued to build institutions, like the United Nations, that attempt to establish and maintain peace and prosperity. Since 1946 the Peace Palace in The Hague has been the home of the International Court of Justice, which has sought to be an institution of global order, justice, and peace. Humans have achieved more in this time than any previous era. And we are also perhaps more proud of and trusting of those accomplishments than we have ever been.

The Cold War was again thought by some to be a war that ends all wars. As Western capitalism triumphed over a defunct and decadent socialism, many thought the price of peace had finally been paid in full.

We ought to know better. We ought to remember the true price of peace, including the blood and sweat and cries of those who fought to save Europe and the world on June 6, 1944. And we ought also to look only for true peace from the true prince of peace, whose coming judgment will be just, true, and put an end to the old order of things.

(Photo credit: Peter K. Burian. This photo has been cropped and modified for size. CC BY-SA 4.0.)

Jordan J. Ballor (Dr. theol., University of Zurich; PhD, Calvin Theological Seminary) is a senior research fellow and director of publishing at the Acton Institute for the Study of Religion & Liberty. He is also a postdoctoral researcher in theology and economics at the Vrije Universiteit Amsterdam as part of the "What Good Markets Are Good For" project.