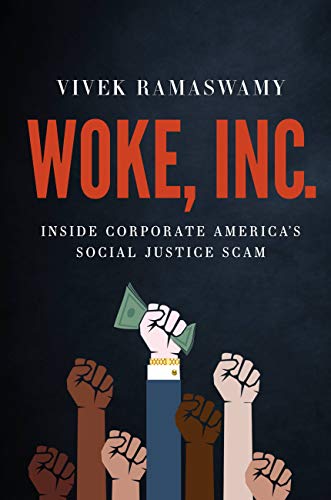 The standard critique of woke capitalism is that woke ideas are ruining business. Instead of engaging in political activism, companies should focus on turning a profit by creating superior goods and services. In his book, Woke Inc., Vivek Ramaswamy takes a different approach to the argument. He argues that “woke capitalism” isn’t wrong because it’s ruining business, but because woke business is ruining the foundations of our democracy. When businesses engage in political and social activism, they undermine the way the democratic process was intended, through debate in the public square. Woke Inc. offers some important insights, but it unfortunately gets bogged down by an imagined debate with Milton Friedman about the purpose of business and anecdotes from Ramaswamy’s career, which combine to muddy the waters on the purpose of business.

The main weakness of the book is that it does not offer a clear and compelling alternative to work capitalism. At first, Ramaswamy seems to embrace the idea that the only responsibility of a firm is to turn a profit. This stance would align with the definition Friedman offers in Capitalism and Freedom: “There is one and only one social responsibility of a business—to use its resources and engage in activities designed to increase its profits as long as it stays within the rules of the game, which is to say, engages in open and free competition without deception or fraud.” To Friedman, profit seeking is necessary and sufficient to the social responsibility of a firm.

Advocates of classical capitalism like Milton Friedman wrongly assumed that both fundamental features of the corporation—limited shareholder liability and the mandate to maximize shareholder value—were strictly about incentivizing entrepreneurs and investors to unleash innovation. They ignored the way in which limited shareholder liability would create titanic corporate monsters with power heretofore unimagined, offering no coherent theory for how society should constrain the power of those monsters outside the marketplace.

Here Ramaswamy bases his critique on the popular perception of Friedman rather than his actual view, which is quite similar to Ramaswamy’s. Friedman did not merely argue against stakeholder capitalism because it decreases productivity. He was also concerned about the general effect on society when businesses stray outside the goal of seeking profits. In his essay “A Friedman Doctrine: The Social Responsibility of Business Is to Increase its Profits,” he argues that under stakeholder capitalism:

the businessman—self-selected or appointed directly or indirectly by stockholders—is to be simultaneously legislator, executive and jurist. He is to decide whom to tax by how much and for what purpose, and he is to spend the proceeds—all this guided only by general exhortation from on high to restrain inflation, improve the environment, fight poverty and so on and on.

In fact, the ideas of Ramaswamy and Freidman have a large overlap. They both emphasize aspects of cronyism, where state and business power combine to override democratic process. Ramaswamy emphasizes the corporate side of cronyism, arguing that businesses are overriding the democratic process. But Friedman was aware of the damage to both the market process and the democratic process. Friedman would say that corporate responsibility is to seek profits, while according to Ramaswamy, it is to refrain from non-profit-seeking activities. This does not amount to a true split from Friedman, merely a difference in emphasis. This is not to say that Friedman is the last word on the purpose of a firm or that he can’t be questioned. But Ramaswamy is not really critiquing Friedman’s arguments. The debate with Milton Friedman ends up being more imagined than substantive.

Since the difference is negligible, why does Ramaswamy feel the need to break with Friedman? Perhaps he wants to distance himself from the popular view of Friedman. Ramaswamy’s pharmaceutical company wasn’t just seeking profits; it was “developing lifesaving medicines.” But by trying to distance himself from “greedy” profiteers, he muddies that waters on what the necessary conditions are for a business to function and does not defend the appropriate role of profit. For instance, he explains how, as CEO, he changed recruiting practices to favor candidates with low-income backgrounds. He writes that “our new policy was just one small way to make Roivant a better company. As CEO, that was my own small way of making the world better too.” This introduces the question of whether it is enough for Roivant to be seeking profit through developing medicines. Do they also have to “make the world a better place” by maintaining a diverse workforce? We are left wondering whether he intends his experience in Roivant to be prescriptive for other businesses. In other words, is profit within the rules of the game a necessary but not sufficient criterion for a legitimate business?

Another problem exists at a deeper level. How did we get to a place where political forces coopt business and engage with questions far beyond their scope? A thriving society must have vibrant business, governmental, religious, and civil spheres, each of which plays a specific role. Abraham Kuyper describes the importance of this idea in his lecture “Sphere Sovereignty”:

Now in all of these spheres or circles the cogwheels engage one another, and it is precisely because of the mutual interaction of these spheres that there is an emergence of that rich, many-sided, multi-formed human life; but in that life there is also the danger that one sphere may encroach upon the neighboring sphere; thus causing a wheel to jerk and to break cog upon cog, and interfering with the progress of the whole.

In fact, asking whether society is ruining business or business is ruining society is the wrong approach. Instead we should ask, “What has caused the deeper societal problem?” The individual spheres of society are weakening and every problem becomes unitary. We have lost a sense that different types of institutions in society have authority over different facets of life. Civil society is terribly weakened, leaving space for other spheres to dominate. The political, economic, and religious spheres are rolled into one and every problem reduced to one dimension. Ramaswamy claims that woke capitalism is “literally a religion.” Perhaps one of the reasons it became like a religion is because the religious sphere is hollowed out. The idea of sphere sovereignty gives a framework for a broader critique on how different spheres have abdicated their functions, leaving a vacuum for woke business to fill.

Woke Inc. gets bogged down by the debate with Friedman, then further muddies the waters with stories from Ramaswamy’s career, which have ambiguous applications. This confusion masks what could have been a compelling argument. Ramaswamy shows through case studies how the foundations of a free society are harmed when businesses step outside their legitimate purpose. Ramaswamy could have used Friedman’s ideas as a launching pad to explore the state of business almost 60 years after the Nobel laureate’s original argument. We can now see some of the upheaval that has resulted from a broad understanding of corporate responsibility. But a lack of understanding of the purpose of business is not the only problem. Civil society has an important function alongside business and government in a flourishing society, a role that is increasingly diminished. Were the business sphere to return to a narrowed role tomorrow, it would not result in a properly ordered society. A compelling response to woke capitalism needs to place business within a greater understanding of a flourishing society.

Noah is a Programs Associate at the Acton Institute where he regularly contributes to the blog and Religion and Liberty. He is a graduate of Grove City College, where he studied Economics.