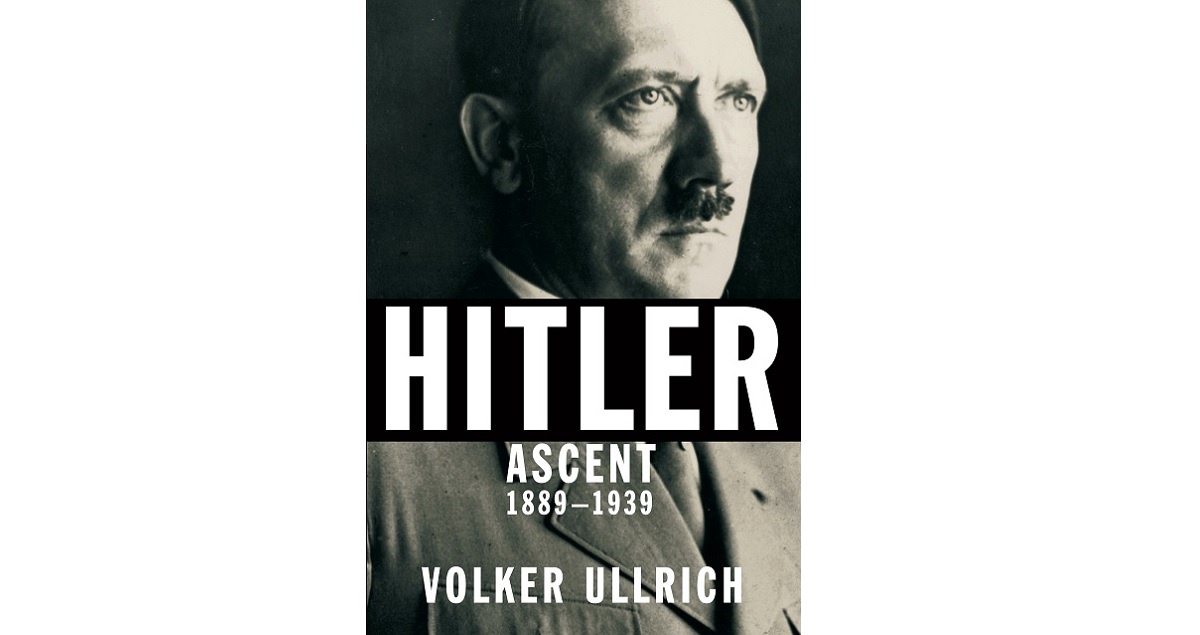 One of the best things about the latest account of the rise of Adolf Hitler is the author’s approach. While he is in no way neutral (he uses pejorative adjectives sparingly, but effectively), historian Volker Ullrich tries to present Hitler objectively, free of mythology or fate. His refusal to make Hitler’s rise seem inevitable is refreshing. This fact, along with the author’s exhaustive use of primary sources, makes the book an ideal resource for those who honestly desire to understand Hitler’s rise to power and whether such a thing could happen again. The amount of data provided is enough to begin testing all the usual hypotheses about the dictator’s rise and his racist and totalitarian brand of national socialism.

The book provides ample support for the idea that Hitler’s charismatic and manipulative narcissism was part of what allowed him to gain and maintain influence over his cadres. This is a common enough idea; some politicians are narcissists, and while some successful politicians are able to control others, all successful politicians are able to persuade people. In the case of Hitler, Ullrich argues that the combination of his charisma, his narcissistic managerial style and the Nazi ideology made his policies more and more radical as his cadres competed to express his will in ways that he himself was often constrained to avoid. Again, the competition of lieutenants is common enough, and narcissists instinctively play one against the other; what is unique here is the effect of the Nazi ideology.

As Ullrich puts it, “In competing for the dictator’s favour, his paladins tried to trump one another with ever more extreme demands and measures. Small-time and medium-level NSDAP functionaries—from the block wardens to the cell, local and district leaders—were also convinced they were ‘working towards the Führer’ when they harassed Jews and informed on putative ‘parasites on the people.’ They were not just the willing executioners of Hitler’s ideological postulates: they drove racist policies forward.”

The psychological temptation when reading about Hitler is to use the traits he shares with one’s favorite enemy to demonize him and his followers and demonstrate that not only could Hitler and Nazism happen again, it is happening here and now. Because it focuses on both Hitler’s mundane and political qualities, Ullrich’s book provides enough detail to allow anyone with imagination to do this with just about any modern leader. Is your enemy narcissistic, petty and vindictive, even to the point of mocking the disabled? Does he have effeminate hands? Is he a natural actor or salesman? Is he manipulative and tactically savvy? Does he give his audience simple ideas they can rally around? Hitler did those things too! Reductio ad Hitlerum.

It is safe to say that every society creates enough men with Hitleresque qualities who are to make their presence a given. For the purpose of comparison and answering the questions about future Hitlers, it is at least as useful to look at the many times when Hitler’s life could have gone in a different direction as it is to look at his personal qualities. Ullrich does a great job pointing many of these out. Some of these provide reason for hope. For example, increased economic opportunity and social media provide outlets that satisfy the needs of many petty men. A culture that stigmatizes ideas like ethnic cleansing, racial purity and eugenics keeps their proponents in the shadows and political ideologies less extreme; and political systems that make the consolidation of power much more difficult (e.g., federalism and the balance of powers) keep politicians from consolidating and monopolizing power the way Hitler did in the first half of 1933.

However, Ullrich’s presentation suggests that some things about today might make it even easier for new Hitlers to cause significant damage. The Nazi movement survived in difficult times and was able to take advantage of tactical opportunities because it was organized and disciplined. The decline in civil society makes it harder to create and sustain such organizations now than back then, but social media provides a cheap substitute for mass mobilization. Moreover, charismatic and manipulative narcissists are naturally drawn to use social media to support their egos, political careers and agendas. The saving grace is that social media is less reliable in difficult times than well-organized mass movements, and leaders who rely on it are somewhat less able to insulate themselves and their followers from competing ideas. Monopolizing social media would be as necessary for the new Hitlers to hold on to power and popularity as consolidating control over the government was for the original. All this suggests that technology may make it more probable that new Hitlers will gain power, but that they will be less extreme than the original and have significantly less time in office.

This is not to say that we are out of the woods. Ullrich describes how Hitler’s manipulation of his subordinates made his government inefficient and unpredictable; just imagine how much more chaotic it would have been if he had had access to social media! In the hands of a narcissistic executive, social media can be used to abrogate traditional lines of authority and make every decision-maker second guess himself. The lack of a well-specified or radical agenda will make “working towards the Führer” unlikely to result in sustained wickedness, but it will certainly sow confusion (and could easily lead to undisciplined pogroms, at least in the short term).

Ullrich’s book succeeds in demythologizing Hitler and thus provides a great service to modern readers. That is not to say that this service is likely to bring us comfort. Studying Hitler as a man makes it clear that the horrific things he did could indeed happen again. He was a wicked man with a horrific agenda, but his enabling trait was his ability as a tactician. What is to keep a similarly wicked man and strong tactical skills from spreading chaos? The answer does not come from Ullrich’s book, it comes from our Founding Fathers. The thing that will protect us from new Hitlers is the same thing that has protected us from tyranny for the past 230 years: A liberal democracy that decentralizes economic and political power.