“It’s for the common good.” This justification has been used in defense of everything from progressive taxes to decreasing environmental regulation. But what exactly is the common good? Such a broad concept can easily become a catchphrase and justification for any pet policy. Those who argue from a religious or moral perspective must tread with care to avoid misapplying this concept to prescriptions outside of its natural sphere. Christian leaders are often guilty of “souping up” the common good.

Justin Welby, Archbishop of Canterbury, is no exception. In his latest book, Reimagining Britain: Foundations for Hope, Welby sets out to create a new social and political vision for the United Kingdom based on the common good. The most precise definition Welby offers is that the common good “looks not to averages but to the totality of flourishing in a group.” He uses the story in Jeremiah 29 of how, when the Israelites were taken into captivity by the Babylonians, the prophet Jeremiah urged them to “seek the welfare of the city.” Based on this idea, he outlines a list of policy and cultural changes, including greater income redistribution, decreasing Britain’s reliance on the banking industry, and broadening the definition of family to include cohabitation.

Ultimately, for Welby, the common good requires a greater sameness, not only of human opportunity, but also of outcome.

Ultimately, for Welby, the common good requires a greater sameness, not only of human opportunity, but also of outcome. For instance, he advocates mandating equal housing prices across urban and rural areas, a policy that, by artificially depressing prices in high demand areas and thereby suppressing the supply of available units, would create widespread housing shortages in cities such as London. Welby’s project fails because he does not properly identify the means of producing a society with the greatest degree of human flourishing and the common good. Welby’s errors, however, are not primarily economic; rather his missteps concerning morality and human nature plunge him into other problematic prescriptions for society.

Before we analyze Welby’s claims, it is necessary to create a framework for understanding the “common good.” At its core, the common good is a claim of how Christians should view the world around them. Jeremiah teaches the Israelites that they should not constantly work against the greater society; instead they should seek its prosperity. The nature of the common good contains two facets: internal and external. The internal facet is that Christians must have the right intent; they must desire the best for others and consider each human as unique and valuable. The external facet is acting in a way which will produce the best type of society. Jeremiah tells the Israelites to “Build houses and settle down; plant gardens and eat what they produce. Marry and have sons and daughters; find wives for your sons and give your daughters in marriage, so that they too may have sons and daughters. Increase in number there; do not decrease.” Thus Jeremiah outlines the methods of creating the type of society which God desires—one where people can freely choose a relationship with him and be able to realize their creative potential.

Two problems plague Welby’s book. First, he conflates action by the church with action by the state. Second, and partially due to the first mistake, he prescribes policies that would damage the very thing for which he cares: the common good. 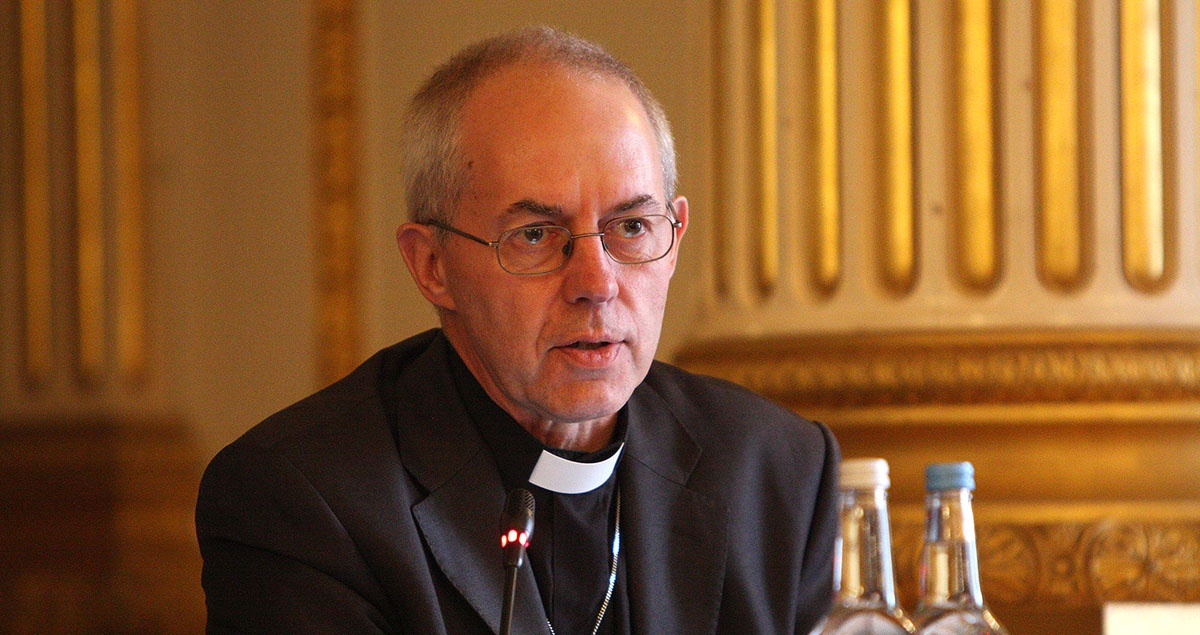 The state, however, does not have a personal obligation to care for the poor. Perhaps because Welby is a member of the House of Lords and is deeply involved both in the church and in the state, he conflates the two. He places the obligation of the church upon the government. As a result, he favors a nationalized healthcare system, nationalized housing, and a whole host of compulsory education initiatives. The National Healthcare System in Britain is extremely ineffective. Lacking the proper incentives, individual actors in the NHS fail to deliver quality care for the United Kingdom. Instead, the NHS has long waiting lists and rationed care. Welby recognizes the NHS’s ills, but places the blame not on government waste, but on systems of “profit seeking.” In reality, the incentive of profit could be used to improve Britain’s healthcare system.

Economic mistakes permeate Welby’s ideas, but they stem from a deeper philosophical omission

Welby’s confusion of cause and effect may stem from the fact that, to him, economics is not “the study of human action,” or “the study of allocating scarce goods,” but is instead “values expressed in numbers.” This definition is deficient because it ignores the fact that economists often use the idea of trade-offs or opportunity costs to evaluate things which are non-monetary, i.e. time. While he is right that economics cannot evaluate moral claims, Welby mischaracterizes the discipline by straw-manning it as a strictly utilitarian measurement. Economics itself is a useful tool which can be used by utilitarians, Aristotelians, and anyone else.

Economic mistakes permeate Welby’s ideas, but they stem from a deeper philosophical omission: Forced actions do not have the same moral value as actions which are freely chosen. It is more valuable for an individual to freely decide to pay for healthcare for someone who cannot afford it than for that same individual to be forced by the government to provide that care. Welby mistakes not only on the best way to ensure the common good, but its very definition. That is why he advocates for compulsory nutrition, education, and exercise in the classroom. As a society of individuals, we should each choose what is good; Welby, on the contrary would rather all of Britain be forcibly conformed to a centralized vision of his just society.

If put into practice, Justin Welby’s ideas would diminish the common good, the “totality of the flourishing of the whole group.” His conflation of the obligations of church and state leads him to problematic policy positions. Under his “Reimagined” Britain, its citizens would be more equal, but also poorer and less free.

Click below to view our latest and most popular posts!