131 Million. This is not a population statistic, nor is it the answer to some clever math problem. It’s the number of people you reached through Acton over the past year.

Your support made possible a wide range of conferences, publications, media products, television interviews, and social media outreach that impacted leaders around the globe. For this, we are truly grateful.

As you know, Acton has been promoting liberty and virtue for 25 years now. Alumni of our programs and users of our products include heads of state, members of the U.S. House, Fortune 500 business executives, influential clergy, and professors and students from preeminent universities and seminaries. Many of these individuals have gone on to promote Acton insights in their own realms of influence and authority.

But you did. Over the years, you’ve supported us generously with your prayers, encouragement, and resources. That generosity has made us one of the most unique and respected organizations in the free-market movement.

As you read this Founders’ Report – and all of them, for that matter – we hope you will see yourself not as a passive supporter, but as an active collaborator. Over the last 25 years, your support has brought us to this place. And of that, you ought to be proud.

Listen to Acton content on the go by downloading the Radio Free Acton podcast!

Just a few days before Christmas, despite the icy weather in Bucharest, hundreds of thousands of people gathered together to mourn the death of King Michael of Romania (1921-2017). Prince Charles of Wales, as well as King Juan Carlos of Spain, attended the funeral of one of the last Eastern Orthodox monarchs in the world. Many revered him as a dignified statesman, who witnessed the destruction of old Europe under Hitler and Stalin, the tumultuous unfolding of the Cold War, as well as the post-1989 rebirth of democratic institutions in his native region.

Though relatively unknown to the broader public in the West, King Michael’s life was nothing short of extraordinary. In 1927, his father left the throne to pursue a romantic adventure with a larger than life mistress, Elena Lupescu (1895-1977). The royal families in Europe sanctioned this betrayal of the marriage vows, which the astute and yet amoral Prince Carol II had spoken before the youthful Princess Helen of Greece and Denmark (1896-1982). Those were the days when ordinary people saw the open practice of adultery as unacceptable for a sovereign exercising the highest office in the country. As a consequence, Carol II resigned and Michael was made King of Romania at the age of six. While still very young, he saw his mother exiled to Italy, after his father made a shameless return to power through a coup d’état.

Tormented by self-doubt and shocked by the sexual profligacy of King Carol II, the young Michael grew up as a silent, shy, and earnest teenager. His mother introduced him to the spiritual riches of Eastern Orthodoxy. This attachment to Christianity grew stronger after he took some private classes with the maverick historian of Byzantium, Professor Nicolae Iorga (1871-1940) of the University of Bucharest. Later, Michael acquired a taste for the military uniform, while developing a real passion for planes and American cars.

Sandwiched between Nazi Germany and the Soviet Empire, interwar Romania tried very hard to maintain its traditional democratic allegiance towards Great Britain and the United States of America. In the early 1930s, Europe witnessed the rise of tribal nationalism, led by populist parties dissatisfied with parliamentary rule. Influential thinkers such as Carl Schmitt theorized the importance of political voluntarism, by which he meant the promotion of an “all-knowing leader,” who had a “direct connection” to the “soul of the nation.” 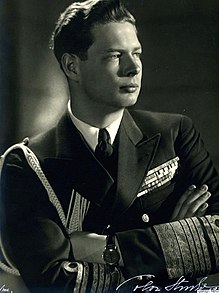 To his surprise, Michael discovered that many public intellectuals in Romania, as well as ordinary people, invested great emotional capital in the false promises of various political messiahs. Bigoted demagogues and rabid anti-Semites, such as Corneliu Codreanu (1899-1938), were able to win many votes by promising swift delivery from the corrupt affairs of the political establishment. On September 6, 1940, the fascistic organization Iron Guard became the ruling party in Romania, under the strict command of General Ion Antonescu (1882-1946).

It was in this context that King Michael and the Queen-Mother Helen did their best to save as many Jewish lives as possible, by asking the German ambassador Manfred von Killinger (1886-1944) to stop all deportations to Transnistria. Because of their intervention, medical aid, food, and clothing were made available to those already put in the concentration camps. This is why Yad Vashem recognized King Michael’s mother as a "righteous among the nations," stating that “she saved the lives of thousands of Jews,” including orphans sentenced to death by the SS officer Adolf Eichmann (1906-1962).

In ways similar to Greece, Italy, or Portugal, Romania was an agrarian society. To understand the traditional peasants’ attitude towards history, we should perhaps digress by explaining the gist of a compelling myth, widely disseminated in the Balkans’ folklore.

In ways similar to Greece, Italy, or Portugal, Romania was an agrarian society. To understand the traditional peasants’ attitude towards history, we should perhaps digress by explaining the gist of a compelling myth, widely disseminated in the Balkans’ folklore. Once upon a time, a young shepherd lived near a low foothill, at Heaven’s doorsill. The main character owned horses of a rare breed and fierce hounds, protecting his flock (but not necessarily himself). The shepherd was wealthier than his comrades. Envy kicked in, and the ruthless competitors plotted to kill the gifted one. Instead of putting up any form of resistance, the shepherd decided to recast the experience of death in terms of marriage with his own destiny.

Is this a Stoic appropriation of amor fati? We don’t really know. The Romanian shepherd believes that his physical annihilation does not bring an end to life but instead introduces a new, other-worldly dimension in which his soul and the stars celebrate a cosmic wedding. This Gandhi-like appreciation for non-violent behavior has often translated into a collective sense of resignation, melancholy, and powerlessness, especially among the ordinary people.

To some extent, the story of the lonely shepherd is an allegory of King Michael’s minimal use of power as the sovereign of a Christian nation. Confronted with the German economic takeover of its natural resources, as well as with the Soviet invasion of its historical territory (the province of Greater Moldova, established by Stephen the Great by mid-fifteenth century), Romania accepted its unhappy fate. From 1941 to 1944, King Michael was forced to swallow Adolf Hitler’s alliance with the fascist dictator General Ion Antonescu, while from August 1944 to December 1947, the same King Michael consented to the ruthless Bolshevik appropriation of a defenseless country.

Bullied by the Soviets and abandoned by his Western allies, King Michael wasn’t able to save the rule of law or any other democratic institution. Despite all the humiliations inflicted by Stalin’s wartime diplomat, Andrey Vyshinsky (1883-1954), what King Michael managed to rescue was the symbol of the Crown, equated with the notions of honor and dignity.

On January 3, 1948, he left Romania and settled in Switzerland. There, he reinvented himself as a loyal husband to Queen Anna and father of five daughters, for whom he raised chickens on a domestic farm. King Michael’s painful exile was accompanied by the disappearence of all previous forms of public recognition. While still in his prime years, King Michael accepted a very humble life, being deprived of any social gratification. We may assume that Christ’s self-emptying life, so powerfully described by St. Paul as kenosis, helped the former monarch understand that the ultimate prestige of a true king is to care for others, without being noticed, praised or rewarded for work done in the cause of selfless love.

Mihail Neamtu, Ph.D., is an Eastern European conservative author and public intellectual. He has written 10 books on American politics, Christianity, and Islam, as well as new trends in Marxist culture. His forthcoming publication is The Trump Arena: How did a Businessman Conquer the World of Politics?