On June 27, 2018, the Supreme Court issued its 5-4 decision in favor of Mark Janus in Janus v. American Federation of State, County and Municipal Employees. This landmark case was a victory for first amendment rights, ruling that government employees can no longer be compelled to pay union fees as a condition of working in public service.

In a slight departure from our normal lecture format, Mark will join us for a moderated conversation on this historic case and his subsequent move from public sector employee to advocate for worker’s rights.

A free livestream of this lecture will be available to view @ 12 noon Eastern on August 20 for those who cannot join in person. 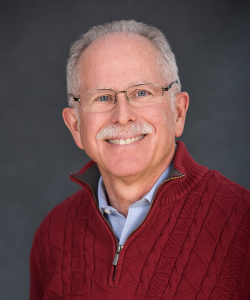 Mark Janus is a Senior Fellow at the Liberty Justice Center, where he serves as an advocate and spokesperson for workers’ rights.

As a child support specialist for the Illinois state government, Mark courageously took on one of the most powerful political forces in the country: the public employee unions. Mark fought for his First Amendment rights – and the rights of more than 5 million other government workers – all the way to the U.S. Supreme Court with his case, Janus v. AFSCME.  Mark’s bravery resulted in the single greatest victory for First Amendment rights in a generation.

Now, Mark serves as a leader spreading the message of worker freedom through his personal story. Mark has been and will continue to be a tremendous advocate for government workers.

Group discounts for schools and other organizations available.

Event livestream is free and will be available to view @ 12 noon Eastern on August 20 for those who cannot join in person.