"Banned” Wagon? Why dissenting freethinkers are censured on social media

Independent voices – doctors, scientists, economists, activists, and even journalists whose very duty it is to be inquisitive – are literally being silenced by the world’s social media giants, Facebook and YouTube. Why? Because they offer dissenting opinions to state and, in particular, “world health" authorities regarding the treatment, prevention, and consequences of the ongoing COVID-19 pandemic. They reject "groupthink" by individually questioning the very basis of scientific and social models that have immediate repercussions on not just physical health, but also on political-economic well-being. Their social media accounts are threatened with closure. Their posts and videos suddenly “disappear” for “violating community standards” and providing "misinformation.” Now even Google and Twitter have hopped on the "banned" wagon by issue "fact-checking warnings" about tweets and deleting "dangerous videos" from users' personal cloud storage.

Are democratic nations tragically regressing in their advancement of constitutionally protected free speech? Li Schoolland, raised in Mao Zedong’s cultural revolution, knows first-hand the extreme danger that tyrannical censure has on free society’s critical search for the truths on which human flourishing is ultimately founded. She will offer a challenging perspective for why media must never police and bully outspoken truth seekers, especially at a time when disputable premises and conclusions may have catastrophic results. 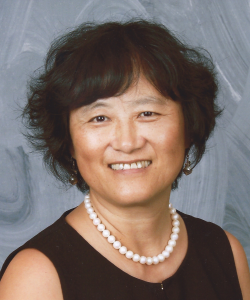 Li Zhao Schoolland is Director of External Relations—Asia Pacific for the Acton Institute and the Founder of TFT Events. She is an independent educator, writer, translator, and event organizer. She survived 26 years through the horrors of Mao’s regime in China.

This motivated her to a lifetime of promoting freedom and liberty globally through the organization of Austrian economics and entrepreneurship conferences and summer camps over two decades in Eastern Europe, Asia/Pacific, and North Africa. She arranges translation and publication of libertarian literature in China and coaches parents in raising liberty-minded youth.

RSVP here to get Zoom link

Attendance is free of charge. To participate, please RSVP via email. The Zoom seminar link will be sent to your email address Thursday 28 May at 6:00 pm CET (Rome time). Please join on line by 6:45 pm CET to test your audio/video and connect with friends joining the seminar which starts at 7:00 pm CET.