Foundations of the Free and Virtuous Society

Pull up a barstool and join us as Harry Veryser, award-winning professor of economics, philosophy, and theology as well as the author of Our Economic Crises: Sources and Solutions, discusses the intersection between Austrian Economics and Christian Social Thought. 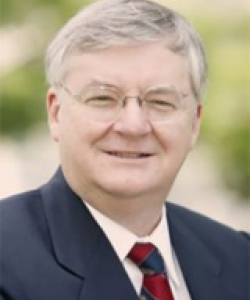 Harry Veryser is an adjunct professor of economics at University of Detroit Mercy and teaches Introduction to economics, microeconomics, macroeconomics, history of economic thought, free enterprise and radical criticism, and international economics. Previously, Professor Veryser worked as a professor as economics and chair of the department of economics and finance at Walsh College. He also was chairman of the board and owner of an automotive supply company for many years.

In October of 2003, Professor Veryser was one of ten professors in the United States selected to receive the Will Herberg Award for outstanding faculty service from the Intercollegiate Studies Institute. His articles have appeared in The Detroit News, The Intercollegiate Review, and The University Bookman. He is the author of Our Economic Crisis: Sources and Solutions. In 2013, his book It Didn't Have to Be This Way: Why Boom and Bust Is Unnecessary-and How the Austrian School of Economics Breaks the Cycle was published by ISI Books.

Professor Veryser received his undergraduate degree in philosophy and economics and two MA degrees in economics and religious studies from the University of Detroit.

Admission is free and includes one beverage. Please register in advance.