Reclaiming the West: Liberty in Equality or Constraint

On September 12, 1848, Alexis de Tocqueville delivered a speech in which he argued that “democracy and socialism are not interdependent concepts,” but “opposing philosophies.” In part he argued, “Democracy and socialism have but one thing in common—equality. But note well the difference. Democracy aims at equality in liberty. Socialism desires equality in constraint and in servitude.”

170 years later in the West there is still tension between those who understand liberty in these fundamentally different ways. In the face of mounting crises like rising debt, youth unemployment, terrorism, demographic decline, and an influx of refugees, the diagnoses of the causes and the prescription for the solutions come from different foundational perspectives that diverge substantially.

This one day event will explore the foundational commitments that have shaped the political, economic, and cultural landscape of the Western world and the prospects for Western society as we wrestle with these two conflicting concepts of liberty.

Please note: Admission to this event is complimentary but requires advance registration. Travel assistance or scholarships are not provided for this conference. Lodging accommodations are not included. Participants are responsible for arranging overnight accommodations as needed. 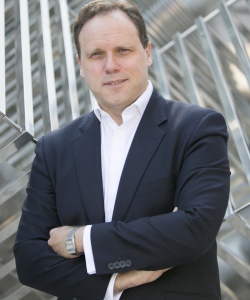 Daniel Lacalle, Ph.D. received his doctorate in Economy and fund manager. He holds the CIIA financial analyst title, with a post graduate degree in IESE and a master’s degree in economic investigation (UCV). Mr. Lacalle has more than 24 years of experience in the energy and finance sectors, including experience in North Africa, Latin America and the Middle East. He is currently a fund manager overseeing equities, bonds and commodities. He was voted Top 3 Generalist and Number 1 Pan-European Buyside Individual in Oil & Gas in Thomson Reuters’ Extel Survey in 2011, the leading survey among companies and financial institutions.

Mr. Lacalle has presented and given keynote speeches at the most prestigious forums globally including the Federal Reserve in Houston, the Heritage Foundation in Washington, London School of Economics, Funds Society Forum in Miami, World Economic Forum, Forecast Summit in Peru, Mining Show in Dubai, Our Crowd in Jerusalem, Nordea Investor Summit in Oslo, and many others.

Mr Lacalle is also a lecturer at the London School of Economics, UNED University, IEB and IE Business School.

Author of the best-selling books: 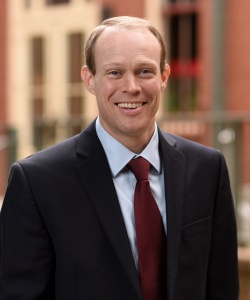 Adam J. MacLeod, J.D. is Associate Professor at Faulkner University, Jones School of Law; a Thomas Edison Fellow in the Center for the Protection of Intellectual Property at George Mason University; and a former visiting fellow in the James Madison Program in American Ideals and Institutions at Princeton University. He is co-editor of Foundations of Law (Carolina Academic Press 2017) and author of Property and Practical Reason (Cambridge University Press 2015) and dozens of scholarly articles and essays. He holds degrees from Gordon College and the University of Notre Dame Law School. 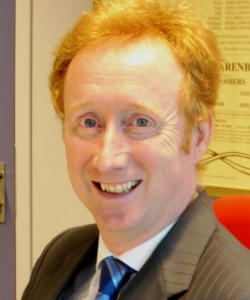 Advisor to the Vice President of European Parliament

Fearghas O'Beara is originally from Ireland, and works at the European Parliament in Brussels, Belgium, where he manages the Parliament’s dialogue with churches, religions and non-confessional organisations, advising the Vice President of the Parliament responsible for this dialogue.

A Masters graduate in European politics and law from University College Dublin, he has spent almost 20 years at the EU parliament, working in a variety of functions, including as an adviser to two previous Presidents, where he also dealt with intercultural and interreligious dialogue already in 2008, managing the European Parliament’s programme for the European Year of Intercultural Dialogue.

Fearghas also holds a Bachelor’s degree in Education from Trinity College Dublin and worked for a number of years as an educator in Ireland, the UK and Kuwait, before pursuing his post-graduate studies. He has also lived in Iceland for a period of 14 months where he worked as a church administrator.

An avid traveller, Fearghas has visited most countries in Asia where he has a particular interest in studying the conditions for religious freedom, frequently preparing country reports for the European Parliament’s cross-party grouping on Freedom of Religion or Belief, with which he collaborates closely in his work. 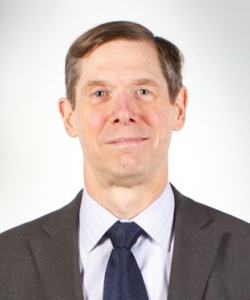 Douglas Puffert, Ph.D. is Professor of Economics and Chair of the Department of International Business at LCC International University in Klaipeda, Lithuania. Previously, he taught at the University of Munich, Warwick University and Leeds University in Britain, and King’s College (New York City) and Gordon College in the United States. He is originally from Seattle, and he received his Ph.D. in Economics from Stanford University.

Puffert is an economic historian with a research interest in the economic causes and consequences of technological change. He has published in leading journals in his field, and his book on the standardization of railway track gauge was published by the University of Chicago Press. In recent years he has pursued interests in economic ethics and the relationship of economic ideas to political ideology.

Early in his career, Puffert consulted for the World Bank, and he worked six years for the U.S. International Trade Commission in Washington. 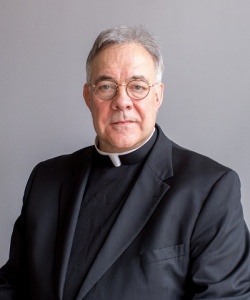 Rev. Robert A. Sirico received his Master of Divinity degree from the Catholic University of America following undergraduate study at the University of Southern California and the University of London. During his studies and early ministry, he experienced a growing concern over the lack of training religious studies students receive in fundamental economic principles, leaving them poorly equipped to understand and address today's social problems. As a result of these concerns, Fr. Sirico co-founded the Acton Institute with Kris Alan Mauren in 1990.

As president of the Acton Institute, Fr. Sirico lectures at colleges, universities, and business organizations throughout the U.S. and abroad. His writings on religious, political, economic, and social matters are published in a variety of journals, including: the New York Times, the Wall Street Journal, Forbes, the London Financial Times, the Washington Times, the Detroit News, and National Review. Fr. Sirico is often called upon by members of the broadcast media for statements regarding economics, civil rights, and issues of religious concern, and has provided commentary for CNN, ABC, the BBC, NPR, and CBS' 60 Minutes, among others.

In April of 1999, Fr. Sirico was awarded an honorary doctorate in Christian Ethics from the Franciscan University of Steubenville, and in May of 2001, Universidad Francisco Marroquin awarded him an honorary doctorate in Social Sciences. He is a member of the prestigious Mont Pèlerin Society, the American Academy of Religion, and the Philadelphia Society, and is on the Board of Advisors of the Civic Institute in Prague. Father Sirico also served on the Michigan Civil Rights Commission from 1994 to 1998. His pastoral ministry has included a chaplaincy to AIDS patients at the National Institutes of Health. He is the Pastor of Sacred Heart of Jesus parish in Grand Rapids, Michigan.

The Acton Institute maintains a vigorous editorial outreach, especially through its president, Rev. Robert A. Sirico. This site maintains an archive of many of his essays and reviews. 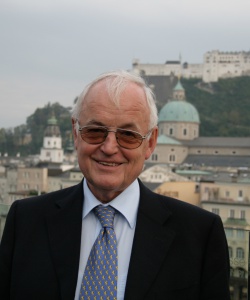 Manfred Spieker, Ph.D. was born April 4, 1943 in Munich, Germany. Spieker received his Diplom-Politologe at the Free University in Berlin in 1968, and his Ph.D. in 1973 from Munich University. From 1983 to 2008, he served as a professor for Christian Social Science in the Department of Catholic Theology at Osnabrück University. He also served as a visiting professor at the universities of Valparaiso, Santiago, Vilnius, and Erfut,1982.

From 1995-2001, he held the position of Observer of the Holy See at the Steering Committee of Social Policy in the Council of Europe. Spieker was the President of the Association International pour L’enseignement social chrétien (1992-1995 & 2002-2007) and the Consultor of the Papal Council Justice and Peace (2012-2016). He is a member of the board of Zeitschrift für Lebensrecht, Journal of Markets and Morality, Neue Ordnung, Ethos (Lublin) und Intus-Legere Filosofia (Santiago). He is married and has six children. 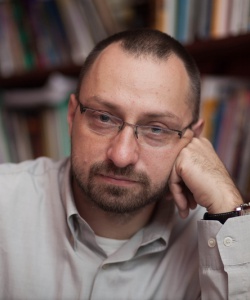 Mateusz Wichary, Ph.D. is the President of the Polish Baptist Church and the Polish Evangelical Alliance. Mateusz is a lecturer in Wyższe Baptystyczne Seminarium Teologiczne in Warszawa, Poland and Chief Redactor of Slowo Prawdy Publishing, the Polish Baptist Edition House and monthly Magazine. Mateusz holds a doctoral degree in Theology (Chrzescijanska Akademia Teologiczna), has published over one hundred of articles (both popular and academic, including in Catholic Journals) and three books: one about the New Apostolic Reformation (Nowa Reformacja czy Nowa Deformacja?...), one about the political theology of Abraham Kuyper ("Cała rzeczywistość dla Chrystusa"...), and a popular introduction to Protestantism for a Polish/Catholic reader (Najważniejsze pytania o protestantyzm). Mateusz is engaged in various forms of ecumenical dialogue on behalf of his church. Mateusz lives in Warszawa, with his wife Beata, son Wiktor, and daughter Helena. 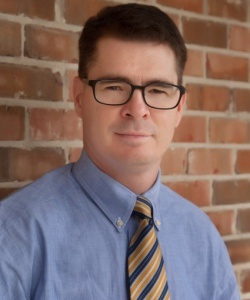 John D. Wilsey, Ph.D. is Affiliate Scholar in Theology and History at the Acton Institute. He is Associate Professor of Church History at The Southern Baptist Theological Seminary and author of One Nation Under God: An Evangelical Critique of Christian America (Pickwick, 2011) and American Exceptionalism and Civil Religion: Reassessing the History of an Idea (IVP Academic, 2015); he also edited Alexis de Tocqueville’s famous work, which recently appeared under the title Democracy in America: A New Abridgment for Students (Lexham, 2016). Wilsey is 2017-18 William E. Simon Visiting Fellow in Religion and Public Life with the James Madison Program in American Ideals and Institutions at Princeton University. He is doing research for a new biography of John Foster Dulles, scheduled to appear in Eerdmans’ Library of Religious Biography series.

This is a complimentary event and requires advance registration. Lunch will be provided free of charge to all attendees.