In an increasingly globalized and pluralized world it becomes progressively more difficult to define the public virtues that have delineated the West, and as a result, harder to safe-guard the freedoms—economic, political, and religious—which are the fruits of those virtues. A citizen who possesses “town spirit,” according to Alexis de Tocqueville, is one who “focuses his affections and his hopes on the town, who knows how to take his place there and to participate in its governance.” This spirit is the result of the visible presence of public virtue—“a free and strong corporate body…which merits the trouble of trying to direct it.”

This FREE one-day conference will examine the ways in which the Western world might see a revival of public spirit through public virtue and remain a civilization marked by “order and public tranquility” that only this spirit and virtue can provide. 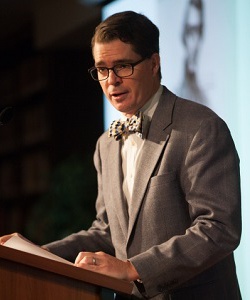 John Wilsey serves as the William G. Simon Fellow in Religion and Public Life at the James Madison Program in American Ideals and Institutions at Princeton University for the 2017-18 academic year. He is the author of several articles and editorials, as well as One Nation Under God: An Evangelical Critique of Christian America (Pickwick, 2011), and American Exceptionalism and Civil Religion: Reassessing the History of an Idea (IVP Academic, 2015).

Most recently, he has produced Democracy in America: A New Abridgment for Students for Lexham Press. 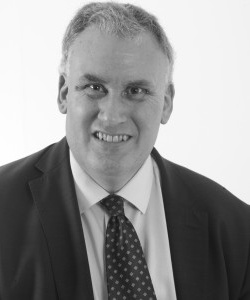 Richard Turnbull
The Centre for Enterprise, Markets and Ethics

Richard Turnbull holds a degree in Economics and Accounting and spent over eight years as a Chartered Accountant with Ernst and Young. He also served as the youngest ever member of the Press Council. Richard also holds a first class honours degree in Theology and PhD in Theology from the University of Durham. He was ordained into the ministry of the Church of England in 1994.

Richard served in the pastoral ministry for over 10 years. He has authored several books, is a member of the Faculty of Theology of the University of Oxford and is a Fellow of the Royal Historical Society. 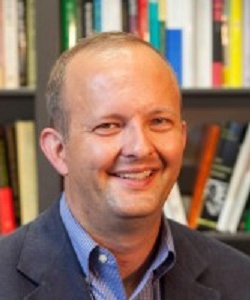 Bryan McGraw earned his Ph.D. of Political Science in 2005 from Harvard University and has taught at Wheaton since 2008. Bryan has taught previously at the University of Georgia, Notre Dame and Pepperdine University. His first book, Faith in Politics: Religion and Liberal Political Thought, was published by Cambridge University Press.

He also co-authored "Religious Conservatives and the Requirements of Citizenship: Political Autonomy," which appeared in the June 2008 issue of Perspectives on Politics. He is beginning a project on pluralism, law and religion, and political theology. 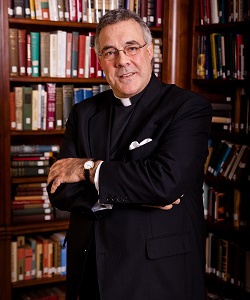 Rev. Robert A. Sirico received his Master of Divinity degree from the Catholic University of America following undergraduate study at the University of Southern California and the University of London.  During his studies and early ministry, he experienced a growing concern over the lack of training religious studies students receive in fundamental economic principles, leaving them poorly equipped to understand and address today's social problems.

As a result of these concerns, Fr. Sirico co-founded the Acton Institute with Kris Alan Mauren in 1990. 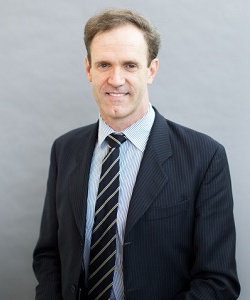 He also sits on the Academic Advisory Boards of Campion College, Sydney; the La Fundación Burke, Madrid; the Instituto Fe y Libertad; and the Institute of Economic Affairs, London. 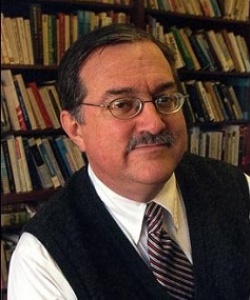 G.T. and Libby Blankenship Chair in the History of Liberty

Wilfred M. McClay is the G. T. and Libby Blankenship Chair in the History of Liberty at the University of Oklahoma, and the Director of the Center for the History of Liberty. His book The Masterless: Self and Society in Modern America was awarded the Merle Curti Award of the Organization of American Historians for the best book in American intellectual history.

Among his other books are The Student’s Guide to U.S. History, Religion Returns to the Public Square: Faith and Policy in America, Figures in the Carpet: Finding the Human Person in the American Past, and Why Place Matters: Geography, Identity, and Public Life in Modern America. He was appointed in 2002 to membership on the National Council on the Humanities, the advisory board for the National Endowment for the Humanities, and served in that capacity for eleven years.

He has been appointed to the U.S. Semiquincentennial Commission, which is planning events for the nation’s 250th anniversary in 2026. He has been the recipient of fellowships from the Woodrow Wilson International Center for Scholars, the National Endowment for the Humanities, and the National Academy of Education. He is a graduate of St. John’s College (Annapolis) and received his Ph.D. in History from the Johns Hopkins University. 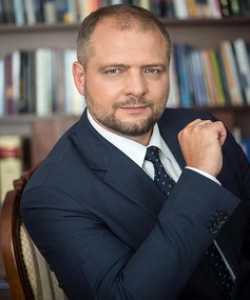 Aleksander Stępkowski is  the head of the Sociology of Law Chair being professor at Warsaw University’s Faculty of Law and Administration. He is also president of the Ordo Iuris Institute for Legal Culture. Formerly he was deputy minister at Poland’s Ministry of Foreign Affairs. In his academic research, he has focused on private and public comparative law, and political and legal thought, especially in determining the impact philosophy has on the shape of legal institutions.

He was a fellow of the Foundation for Polish Science, scholar at Manchester University, Oxford University, and Katholieke Universiteit Leuven. 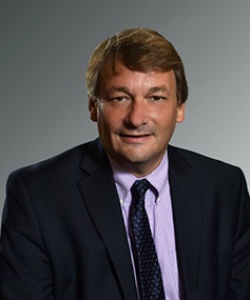 Hans-Martien ten Napel is an associate professor of Constitutional and Administrative Law at Leiden University in the Netherlands and a research fellow of the Leiden Law School. He was a post-doctoral fellow at the Minda de Gunzburg Center for European Studies at Harvard University and was a research fellow in Legal Studies at the Center of Theological Inquiry (CTI) in Princeton, NJ.

He is a member of the editorial board of the Tijdschrift voor Religie, Recht en Beleid (Journal for Religion, Law and Policy). His latest book, entitled Constitutionalism, Democracy and Religious Freedom. To Be Fully Human (Routledge), was published in 2017. 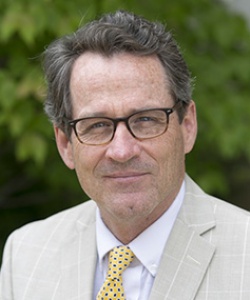 Gerald McDermott, Ph.D. joined the Beeson faculty in 2015 as the Anglican professor of divinity and teaches in the areas of history and doctrine. He is the author, co-author or editor of eighteen books. His academic focus has been three-fold: Jonathan Edwards, Christian understandings of other religions, and the meaning of Israel.

As a renowned Edwards scholar, McDermott has produced six books on Edwards; his Theology of Jonathan Edwards (coauthored with Michael McClymond) won Christianity Today’s 2013 award for top book in theology/ethics.

This conference is the second in the series Reclaiming the West: Freedom & Responsibility.

Since 2011, the activities of Sallux have been financially supported by the European Parliament. The liability for any communication or publication by Sallux, in any form and any medium, rests with Sallux. The European Parliament is not responsible for any use that may be made of the information contained therein. 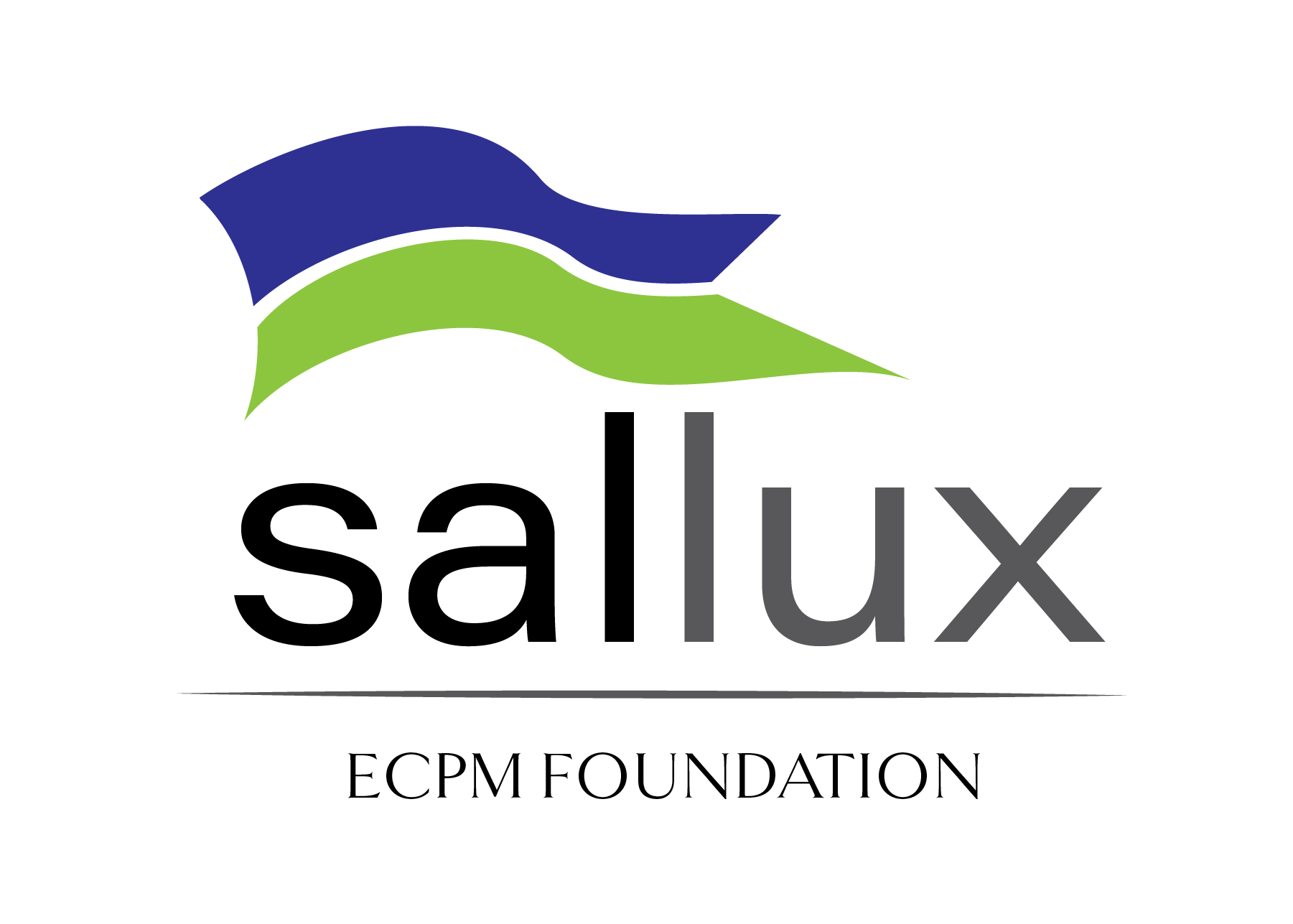