John Foster Dulles was Dwight D. Eisenhower's Secretary of State from 1953 to 1959. He served in the early years of the Cold War and pursued a vigorous foreign policy meant to isolate and undermine international and expansionist Communism. Undergirding his foreign policy was a commitment to natural law, a realistic understanding of human nature, and a clear vision of freedom which he meant to champion everywhere it was threatened. But Dulles' reputation has fallen in recent years. He has been characterized as a dour Puritan, inflexible and simple. He needs to be reconsidered in light of his religious beliefs, and how they animated his vision of human freedom.

A free livestream of this lecture will be available to view @ 12 noon Eastern on February 20 for those who cannot join in person. 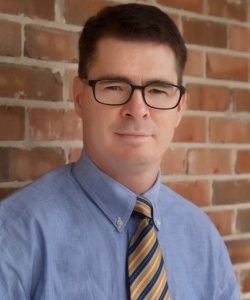 John D. Wilsey, Ph.D. is Affiliate Scholar in Theology and History at the Acton Institute. He is Associate Professor of Church History at The Southern Baptist Theological Seminary and author of One Nation Under God: An Evangelical Critique of Christian America (Pickwick, 2011) and American Exceptionalism and Civil Religion: Reassessing the History of an Idea (IVP Academic, 2015); he also edited Alexis de Tocqueville’s famous work, which recently appeared under the title Democracy in America: A New Abridgment for Students (Lexham, 2016). Wilsey is 2017-18 William E. Simon Visiting Fellow in Religion and Public Life with the James Madison Program in American Ideals and Institutions at Princeton University. He is doing research for a new biography of John Foster Dulles, scheduled to appear in Eerdmans’ Library of Religious Biography series.

Group discounts for schools and other organizations available.

Event livestream is free and will be available to view @ 12 noon Eastern on February 20 for those who cannot join in person.