​We are delighted to welcome this year's keynote speaker – best-selling author, Andrew Klavan. He will present his talk "Speaking Across the Abyss: Building Culture in an Age of Unbelief." There will also be a special address from Acton's president and co-founder, Rev. Robert Sirico. 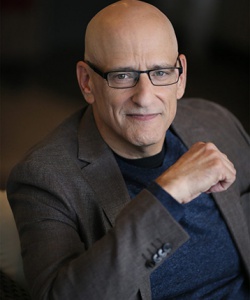 Andrew Klavan is the author of such internationally bestselling crime novels as True Crime, filmed by Clint Eastwood, Don’t Say A Word, filmed and starring Michael Douglas and Empire of Lies. Stephen King called him “the most original novelist of crime and suspense since Cornell Woolrich.” He has been nominated for the Mystery Writers of America’s Edgar Award five times and has won twice. He has also won the Thumping Good Read Award from WH Smith and been nominated twice for the Bouchercon’s Anthony. His books have been translated around the world. His most recent work of fiction is the serial fantasy-thriller podcast Another Kingdom, which was on iTune’s list of the top 100 podcasts. It will be published as a novel trilogy in 2019.

Andrew has also written thrillers for young adults, including the bestselling Homelanders series, which follows a heroic teenager’s battle against terrorists. His YA novel If We Survive was nominated for an International Thriller Writers award and his novel Game Over was nominated for Best Inspirational Novel by the publishing trade journal Romantic Times.

Andrew’s non-fiction includes a memoir of his religious journey The Great Good Thing: A Secular Jew Comes to Faith in Christ, and a book of satire, The Leftese Dictionary. Andrew is a contributing editor to City Journal, the magazine of the Manhattan Institute, and has written numerous articles for them, including a report from an embed with American troops in Afghanistan and a consideration of the politics of William Wordsworth. His essays and op-eds on politics, religion, movies, and literature have appeared in the Wall Street Journal, the New York Times, The Washington Post, the LA Times, and elsewhere. His satirical video series — “Klavan on the Culture,” for PJTV, “A Very Serious Commentary,” for Glenn Beck’s Blaze TV, and “The Revolting Truth,” for Truth Revolt — have been viewed tens of millions of times. He currently does a Monday through Thursday podcast The Andrew Klavan Show for the Daily Wire.

As a screenwriter, Andrew wrote the screenplays to “A Shock to the System,” which starred Michael Caine, “One Missed Call,” which starred Edward Burns, and “Gosnell: The Trial of America’s Biggest Serial Killer,” starring Dean Cain. He also wrote the script for the groundbreaking iOS app, “Haunting Melissa,” which won the 2014 Appy Award for Entertainment. 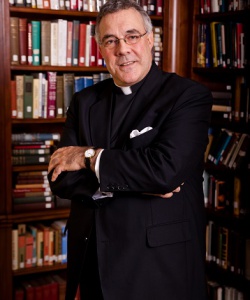 Rev. Robert A. Sirico is the president and co-founder of the Acton Institute and the pastor at Sacred Heart of Jesus Parish, both in Grand Rapids, MI. A regular writer and commentator on religious, political, economic, and social issues, Rev. Sirico's contributions have been carried by the New York Times, Wall Street Journal, Forbes, Washington Times, CNN, ABC, CBS, NPR, and the BBC, among others. In his recent book, Defending the Free Market: The Moral Case for a Free Economy, Rev. Sirico shows how a free economy is not only the best way to meet society's material needs but also the surest protection of human dignity against government encroachment. Rev. Sirico holds dual American and Italian citizenship.

Sponsoring Acton's 29th Annual Dinner is a great way to secure your own seat at the dinner and introduce clients, colleagues or friends to Acton's mission as well.

Thank You to Our Lord Acton Circle Sponsors:

Thank You to Our Liberty Circle Sponsors:

Post-Dinner Reception will immediately follow the conclusion of the evening's formal program.

Hotel Information
Courtesy hotel blocks have been set up at the JW Marriott and Amway Grand Plaza Hotel. Rooms will be held on a first-come basis until September 20.

To make a reservation at the special room rate, please use one of the following methods: