The Fall of Rome and Modern Parallels

The greatest civilization of ancient times expired more than 1,500 years ago but the lessons to be learned from its experience are eternal. In this lecture, Mr. Reed will focus on the Roman Republic—the key features, personalities and events that defined its rise as well as those that caused its decay in the First Century B.C. into an imperial autocracy. Many of the trends of our day echo those of the ancient Republic, which make its lessons all the more relevant, even pressing, for us now.

This lecture will be livestreamed @ 12 noon on August 8 for those who cannot join in person.

The first 100 people to arrive will receive a complimentary copy of Larry's essay "Are We Rome?". Larry will be available to sign your copy following the lecture. 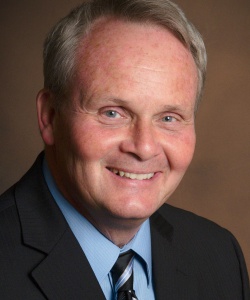 Lawrence W. Reed became president of the Foundation for Economic Education in 2008. Prior to that, he was founder and president of the Mackinac Center for Public Policy in Midland, Michigan. He also taught economics and chaired the department of economics at Northwood University in Michigan from 1977 to 1984. He holds a B.A. in economics from Grove City College and an M.A. in history from Slippery Rock State University.

He holds a B.A. in economics from Grove City College (1975) and an M.A. degree in history from Slippery Rock State University (1978), both in Pennsylvania. He holds two honorary doctorates, one from Central Michigan University (public administration, 1993) and Northwood University (laws, 2008).

A champion for liberty, Reed has authored over 1,000 newspaper columns and articles and dozens of articles in magazines and journals in the United States and abroad. His writings have appeared in The Wall Street Journal, Christian Science Monitor, USA Today, Baltimore Sun, Detroit News and Detroit Free Press, among many others. He has authored or coauthored eight books, the most recent being Real Heroes: Inspiring True Stories of Courage, Character and Conviction. He is frequently interviewed on radio talk shows and has appeared as a guest on numerous television programs, including those anchored by Judge Andrew Napolitano and John Stossel on FOX Business News.

Reed has delivered at least 75 speeches annually in the past 30 years in virtually every state and in dozens of countries from Bulgaria to China to Bolivia. His best-known lectures include “Seven Principles of Sound Policy” and “Great Myths of the Great Depression,” both of which have been translated into more than a dozen languages and distributed worldwide.

His interests in political and economic affairs have taken him as a freelance journalist to 81 countries on six continents. He is a member of the prestigious Mont Pelerin Society and an advisor to numerous organizations around the world. He served for 15 years as a member of the board (and for one term as president) of the State Policy Network. His numerous recognitions include the Champion of Freedom award from the Mackinac Center for Public Policy and the Distinguished Alumni award from Grove City College.

He is a native of Pennsylvania and a 30-year resident of Michigan, and now resides in Newnan, Georgia.