An Evening in Chicago with P. J. O'Rourke

You are invited to an Evening in Chicago featuring best-selling author and leading political satirist P. J. O’Rourke on Thursday, March 7, 2019. You do not want to miss out on this evening filled with humor, wit and engaging dialogue in what promises to be an evening remembered for a long time. Known as a hard-bitten, cigar-smoking conservative, O’Rourke bashes all political persuasions. “Money and power to government,” says O’Rourke, “is like giving whiskey and car keys to teenage boys.”

With more than 1 million words of trenchant journalism under his byline and more citations in The Penguin Dictionary of Humorous Quotations than any living writer, P. J. O’Rourke has established himself as America’s premier political satirist. Both TIME and the Wall Street Journal have labeled O’Rourke as “the funniest writer in America.” Covering current events, O’Rourke combines the skill and discipline of an investigative reporter with a comedian’s sense of the absurd and the stupid. O’Rourke’s best-selling books include his newest release, None of My Business, which will be available at the dinner for purchase and signing by P. J. O’Rourke. Other books authored by O’Rourke include Parliament of Whores, Give War a Chance, Eat the Rich, The CEO of the Sofa, Peace Kills and On the Wealth of Nations.

There will also be a special address from Acton's president and co-founder, Rev. Robert Sirico, during the evening program. 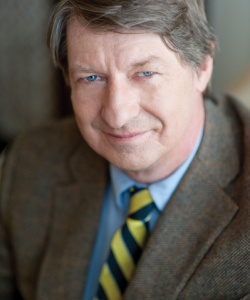 P. J. O'Rourke was born and raised in Toledo, Ohio, and attended Miami University and Johns Hopkins. He began writing funny things in 1960s "underground" newspapers, became editor-in-chief of National Lampoon, then spent 20 years reporting for Rolling Stone and The Atlantic Monthly as the world's only trouble-spot humorist, going to wars, riots, rebellions, and other "Holidays in Hell" in more than 40 countries.  He's written 19 books on subjects as diverse as politics and cars and etiquette and economics.  His book about Washington, Parliament of Whores, and his book about international conflict and crisis, Give War a Chance, both reached #1 on the New York Times best-seller list.  He is a contributing editor at The Weekly Standard, H. L. Mencken fellow at the Cato Institute, a member of the editorial board of World Affairs and a regular panelist on NPR's Wait Wait—Don't Tell Me.  He lives with his family in rural New England, as far away from the things he writes about as he can get. 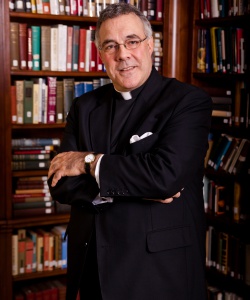 Rev. Robert A. Sirico is the president and co-founder of the Acton Institute and the pastor at Sacred Heart of Jesus Parish, both in Grand Rapids, MI. A regular writer and commentator on religious, political, economic, and social issues, Rev. Sirico's contributions have been carried by the New York Times, Wall Street Journal, Forbes, Washington Times, CNN, ABC, CBS, NPR, and the BBC, among others. In his recent book, Defending the Free Market: The Moral Case for a Free Economy, Rev. Sirico shows how a free economy is not only the best way to meet society's material needs but also the surest protection of human dignity against government encroachment. Rev. Sirico holds dual American and Italian citizenship.

https://www.heartland.org/Sponsoring Acton's Evening in Chicago with P. J. O'Rourke is a great way to secure your own seat at the dinner and introduce clients, colleagues or friends to Acton's mission as well. There are many benefits to being a Liberty Circle sponsor for this premier event which are listed under the "tickets" section of this page. Below is a list of all of our Liberty Circle sponsors. Thank you to every one of you!

All guests are invited to a post-dinner reception and book signing with P. J. O'Rourke immediately. Books will be available for purchase, post-event.

Acton Institute has partnered with The Peninsula Chicago to offer discounted hotel rooms for those participants of our event who need overnight accommodations. These are available on a first-come basis. You can book your room by calling the hotel at 312.337.2888 and mention the Acton Institute event rate.

Directions to The Peninsula Chicago

Valet parking is available at the hotel.