In Search of Solidarity in the Age of Trump

America is living through a social crisis that has expressed itself in every facet of our national life. But the temptation to see that crisis exclusively through a political lens, or to understand it as a function of Donald Trump, threatens to lead us astray. What really lies behind our era of frustration and anxiety? 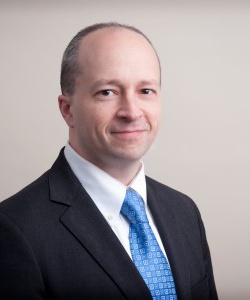 Yuval Levin is Vice President of the Ethics and Public Policy Center and EPPC’s Hertog Fellow, and is the editor of National Affairs magazine.

His essays and articles have appeared in numerous publications including the New York Times, the Washington Post, the Wall Street Journal, Commentary, and others. He is a contributing editor of National Review and The Weekly Standard, a senior editor of EPPC’s journal The New Atlantis and, most recently, author of The Fractured Republic: Renewing America’s Social Contract in the Age of Individualism. He is a recipient of a 2013 Bradley Prize for intellectual achievement.

Before joining EPPC, Mr. Levin served on the White House domestic policy staff under President George W. Bush. He has also been Executive Director of the President’s Council on Bioethics and a congressional staffer. He holds a B.A. from American University and a Ph.D. from the University of Chicago.

Metered ​street ​parking ​is ​available. ​Please ​bring ​sufficient ​change ​with ​you ​for ​meters or ​pay ​for ​parking ​with ​the ​ParkMobile ​App ​on ​your ​smartphone ​(iOS ​and ​Android). ​Paid ​parking ​lots are also available ​nearby. Please ​enter ​building ​off ​of ​Sheldon ​Blvd.