Toward a Free and Virtuous Society: Marxism a Century after the Bolshevik Revolution

2017 marks the 100th Anniversary of the Bolshevik Revolution in Russia that ended the Romanov Dynasty and ushered in the formation of the Soviet Union.  Fueled by a fanatical commitment to Marxist ideology, Vladimir Lenin and the Communist Party set in motion a series of events that would shape the contours of the 20th Century and that would lead to the deaths of millions of people.  The scope of Marxism is vast, touching nearly every area of public and private life.  This conference will examine the ways in which Marxism has impacted even the cultural landscape of the West and the ways in which the events of October 1917 are still with us today.

Space is limited and participants will be accepted on a rolling basis.  All accepted applicants will receive lodging, conference meals, conference materials, and a travel stipend from the Acton Institute.

Michael Matheson Miller is research fellow at the Acton Institute and the producer of Poverty, Inc. With some ten years of international experience, Miller has lived and traveled in Europe, Asia, Africa, and Latin America.

Michael lectures internationally on such themes as moral philosophy, economic development, and social theory, and entrepreneurship. He is a frequent guest on radio and has been published in the Washington Times, The Detroit News, The LA Daily News, and Real Clear Politics.

Michael is the director and host of the PovertyCure DVD Series and has appeared in various video curricula including Doing the Right Thing, Effective Stewardship, and the Birth of Freedom. He is chairman of the Advisory Board and former director of PovertyCure, which promotes entrepreneurial solutions to poverty in the developing world.

Before coming to Acton, he spent three years at Ave Maria College of the Americas in Nicaragua where he taught philosophy and political science and was the chair of the philosophy and theology department.

Miller received his bachelor’s degree from the University of Notre Dame, an M.A. from Nagoya University’s Graduate School of International Development (Japan), an M.A. in philosophy from Franciscan University, and an M.B.A. in International Management from Thunderbird Graduate School of Global Business. He serves on the President’s Advisory Council of Aquinas College in Nashville, the board of the Dietrich von Hildebrand Legacy Project, and the board of trustees for Angelico Press.

Rev. Robert A. Sirico is the president and co-founder of the Acton Institute and pastor of Sacred Heart of Jesus parish in Grand Rapids, Mich. His writings on religious, political, economic, and social matters are published in a variety of journals, including: the New York Times, the Wall Street Journal, Forbes, the London Financial Times, the Washington Times, the Detroit News, and National Review. Rev. Sirico is often called upon by members of the broadcast media for statements regarding economics, civil rights, and issues of religious concern, and has provided commentary for CNN, ABC, the BBC, NPR, and CBS' 60 Minutes, among others. In his popular book, Defending the Free Market: The Moral Case for a Free Economy, Rev. Sirico shows how a free economy is the best way to meet society’s material needs.

Anne Rathbone Bradley, Ph.D. is the vice president of economic initiatives at the Institute for Faith, Work & Economics, where she develops and commissions research toward a systematic biblical theology of economic freedom. She is a visiting professor at Georgetown University and has previously taught at George Mason University and at Charles University, Prague. She is currently a visiting scholar at the Bernard Center for Women, Politics, and Public Policy. She served as the associate director for the program in economics, politics, and the law at the James M. Buchanan Center at George Mason University.

Dr. Rathbone Bradley’s academic work focuses on the political economy of terrorism with specific emphasis on the industrial organization of al-Qaeda. Her academic research has been published in scholarly journals and edited volumes. She is currently working on a book that analyzes the political economy of al-Qaeda post 9/11. Based on her academic research she also worked as an economic analyst for the Central Intelligence Agency’s Office of Terrorism Analysis.

Dr. Rathbone Bradley received her Ph.D. in economics from George Mason University in 2006 during which time she was a James M. Buchanan scholar.

Mihail Neamțu (Romanian pronunciation: [mihaˈil ˈne̯amt͡su]) is a Romanian conservative author and public intellectual. Born in Transylvania, Neamțu received his M.A. from Durham University and his PhD in theology from King’s College London. He has written eight books on politics, religion, and culture.

After he pursued his post-doctoral studies at New Europe College (Bucharest), Woodrow Wilson International Center for Scholars (Washington DC) and Russell Kirk Center (Michigan), Dr Neamțu became one of the most prominent voices of young conservative in the Romanian public square. 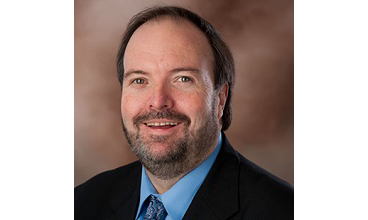 Dr. Daniel Mahoney received his Ph.D. in political science from Catholic University of America, and is currently a professor and chair of political science at Assumption College. Professor Mahoney is an associate editor of Perspectives on Political Science and book review editor of Society. He is also author or editor of many books, introductions, articles, and reviews.

To see the full schedule see the link below.

This is a complimentary event.
Accepted applicants will receive meals, lodging, and a travel stipend*.

*Travel stipends will only be provided for travel within North America.