Our Last Stand: One Woman's Journey to Reveal the Plight of Christians in Iraq and Syria

Please note the change in venue to: Compass College of Cinematic Arts

In ​Our ​Last ​Stand, ​an ​Assyrian-American ​school ​teacher ​from ​New ​York, ​spends ​her ​summer ​vacation ​traveling ​to ​Iraq ​and ​Syria ​to ​help ​raise ​awareness ​about ​the ​plight ​of ​the ​Christian ​communities ​(Assyrian/Chaldean/Syriac) ​threatened ​by ​civil ​war ​and ​ISIS. ​Her ​journey ​takes ​her ​from ​refugee ​camps ​struggling ​to ​care ​for ​Christians ​who ​have ​fled ​ISIS ​in ​Northern ​Iraq, ​to ​the ​small ​militias ​helping ​to ​defend ​and ​retake ​villages ​from ​ISIS ​in ​the ​Nineveh ​Plains. ​She ​uncovers ​heart-breaking ​and ​inspiring ​stories ​of ​grief, ​despair, ​persecution, ​courage ​and ​hope ​as ​she ​discovers ​what ​it ​means ​to ​sacrifice ​for ​her ​faith ​and ​community.

Click here to learn more about this film documentary. 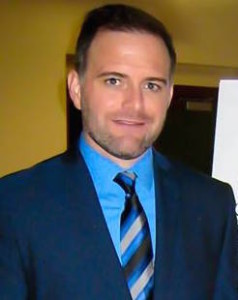 Jordan ​Allott is a documentary filmmaker, the founder and executive producer at In Altum Productions and is a senior advisor to In Defense of Christians. Mr. Allott has filmed projects in over 25 countries, from China and Syria to Nigeria and Cuba. In 2009-10, Jordan went into Cuba to film a documentary about Dr. Oscar Biscet, a Castro dissident and human rights advocate who was imprisoned by the Communist regime. The acclaimed documentary screened at over 50 venues across Europe, the United States and South America.

Jordan and his work have been seen on Fox News, EWTN News, CNN International, Telemundo and Univision and has co-produced projects with the George W. Bush Institute, the U.S. Conference of Catholic Bishops and the U.S State Department, among others. Mr. Allott has also written opinion pieces for National Review, National Review On-Line and the Washington Times and is a 2012 National Review Institute Washington D.C. Fellow. Mr. Allott was born in Reading, England, received a B.A. in Political Science, Philosophy and Film from the University of Wisconsin-Madison and resides in McLean, Virginia.