Discrimination against faith-based adoption agencies; Lessons from the fall of ancient Rome

A crisis in the adoption and foster system is currently plaguing the nation. With over 400,000 children in need of homes, a shortage of placements is driving some states to desperate measures, even housing children in hotels and office buildings. States should be working to support and safeguard the work of adoption and foster care providers, however discrimination motivated by anti-religious bias is posing an obstacle to some state contracted and private agencies. Kate Anderson, senior legal counsel at Alliance Defending Freedom, joins the podcast to explain how faith-based adoption agencies are being increasingly threatened due to their religious beliefs and why faith-based agencies are crucial in the adoption and foster system. On the second segment, President emeritus of the Foundation for Economic Education, Larry Reed, speaks with Acton's Samuel Gregg about how many trends of our day echo those of ancient Rome, making the lessons of its fall all the more relevant, even pressing, for us now.

Check out additional resources for this episode:

The Left’s Assault on Adoption

Register to hear Larry Reed on: The Fall of Rome and Modern Parallels

Are We Going the Way of Rome? 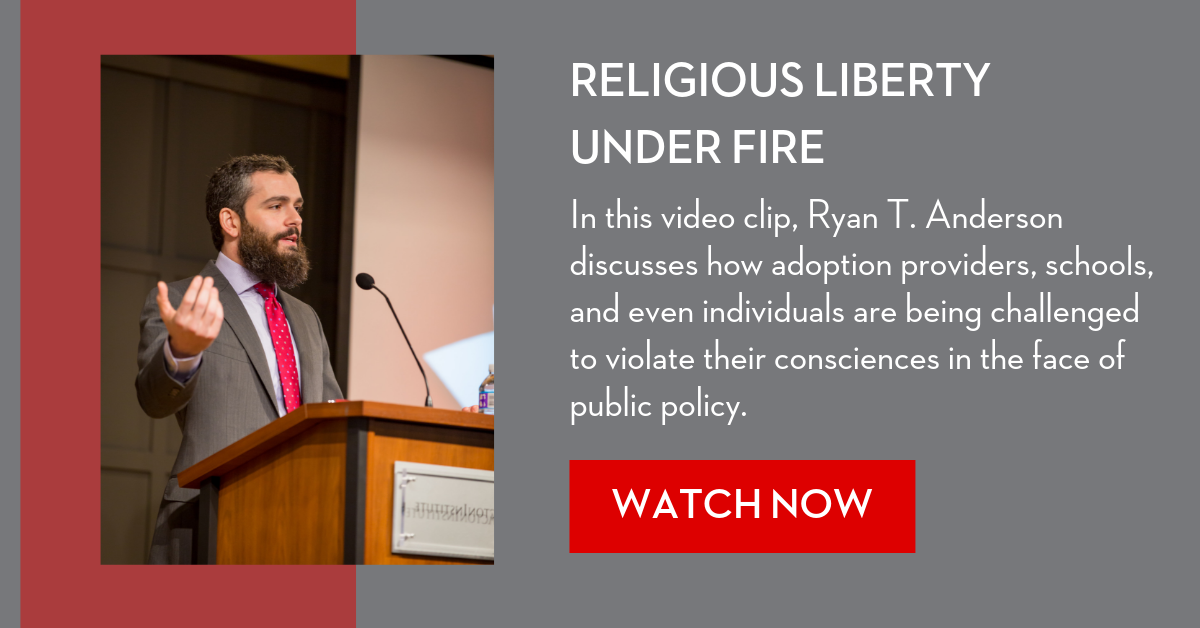