How do we shepherd the flock in the search for economically healthy and socially just urban communities? What is the role of the local church in sustainable human development? Where do we find guidance for those facing unemployment and neighborhood displacement? Join us to explore how moral and economic clarity give direction in our mission to be true disciples, fostering effective charity, empowering our congregations and creating a context for urban flourishing.

City FAVS conference participants will envision a new framework for examining complex problems facing today’s city, built upon a foundation of theological and economic clarity. Participants will network with other catalysts in their community, ground discussion in continued emphasis on real world applications of Biblical principles, and develop leadership capacity through the resources offered for each session.

Conference attendance is by application only. This conference is ideal for urban pastors, lay leaders, and those working in urban communities.

Conference fees, meals, and lodging will be covered for accepted applicants. Travel scholarships are available. 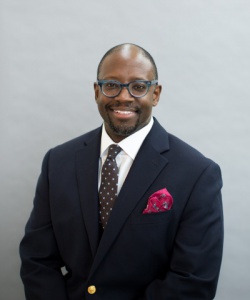 Anthony B. Bradley, Ph.D. is associate professor of religious studies at The King's College in New York City where he also serves as director for the Center for the Study of Human Flourishing. Since 2002, Dr. Bradley has been a research fellow at the Acton Institute. Dr. Bradley holds Bachelor of Science in biological sciences from Clemson University, a Master of Divinity from Covenant Theological Seminary, a Masters in Ethics and Society from Fordham University, and a Doctor of Philosophy degree from Westminster Theological Seminary. As a research fellow, Dr. Bradley lectures at colleges, universities, business organizations, conferences, and churches throughout the U.S. and abroad.

Dr. Bradley's writings on religious and cultural issues have been published in a variety of journals, including: the Philadelphia Inquirer, the Washington Examiner, the Atlanta Journal-Constitution, the Detroit News, Christianity Today, and World Magazine. Dr. Bradley is called upon by members of the broadcast media for comment on current issues and has appeared on NPR, CNN/Headline News, and Fox News, among others. He studies and writes on issues of race in America, mass incarceration and overcriminalization, youth and family, welfare, education, and ethics. His dissertation explores the intersection of black liberation theology and economics. From 2005-2009, Dr. Bradley was Assistant Professor of Systematic Theology and Ethics at Covenant Theological Seminary in St. Louis, MO where he also directed the Francis A. Schaeffer Institute.

Dr. Bradley is the author of several books including The Political Economy of Liberation: Thomas Sowell and James Cone on the Black Experience, Black and Tired: Essays on Race, Politics, Culture, and International Development, Liberating Black Theology: The Bible and the Black Experience in America, and co-editor of John Rawls and Christian Social Engagement: Justice As Unfairness. 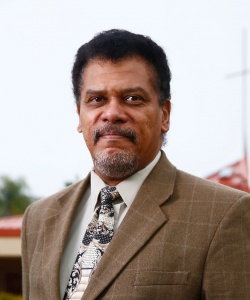 Ismael Hernandez is the founder and executive director of the Freedom & Virtue Institute. Ismael grew up in a communist household and joined the Socialist Party of Puerto Rico. Eventually, he surrendered Marxism and embraced free markets. He has a master’s Degree in Political Science and served for 15 years in an inner-city Catholic ministry in SW Florida. In 2016, Ismael wrote his first book, Not Tragically Colored: Freedom, Personhood, and the Renewal of Black America—published by the Acton Institute. Ismael Hernandez currently lives in Fort Myers with his wife and three children. 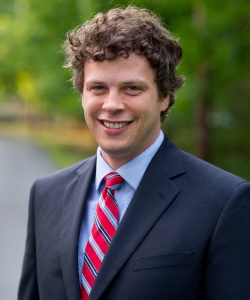 James M. Patterson, Ph.D. is an assistant professor of politics at Ave Maria University. He received his B.A. in Political Science and Media Studies at the University of Houston in 2002 and his Ph.D. in American Politics from the University of Virginia in 2012. His areas of research include race, religion, and American political development. He has held research positions at the Program for American Values and Institutions at Duke University and the James Madison Program in American Ideals and Institutions at Princeton University, as well as teaching positions at Hampden-Sydney College and Gettysburg College.

He has published academic work on Dr. Martin Luther King Jr., Venerable Fulton J. Sheen, and biblical narratives in American political rhetoric, and has published more popular essays and book reviews for Modern Age, Society, Library of Law and Liberty, and Public Discourse. In early 2019, the University of Pennsylvania Press published his first book, Religion in the Public Square: Sheen, King, and Falwell. This book examines how very different religious leaders sought to influence national politics by preaching their interpretation of American political foundations. His next research project examines the religious assumptions beneath contemporary social science methodology. Professor Patterson is an Acton University alumnus and a member of the Values & Capitalism Program for the American Enterprise Institute. He lives in Ave Maria, Florida, with his wife Julia and his three children. 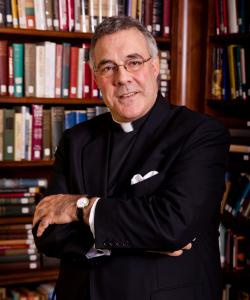 Rev. Robert A. Sirico is the president and co-founder of the Acton Institute and pastor of Sacred Heart of Jesus parish in Grand Rapids, Mich. His writings on religious, political, economic, and social matters are published in a variety of journals, including: the New York Times, the Wall Street Journal, Forbes, the London Financial Times, the Washington Times, the Detroit News, and National Review. Rev. Sirico is often called upon by members of the broadcast media for statements regarding economics, civil rights, and issues of religious concern, and has provided commentary for CNN, ABC, the BBC, NPR, and CBS' 60 Minutes, among others. In his popular book, Defending the Free Market: The Moral Case for a Free Economy, Rev. Sirico shows how a free economy is the best way to meet society’s material needs. Rev. Sirico holds dual Italian and American citizenship. 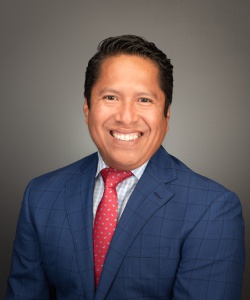 Rev. Fernando Tamara is the director and research assistant of The Jesse Miranda Center for Hispanic Leadership, where he first began working in 2001. He is an Assemblies of God ordained minister who planted a church, The Way Christian Center, after he earned a B.A. from Vanguard University (2001, Pastoral Ministries). He has served in multiple positions in ecclesial leadership for more than 18 years. He is the lead pastor of the Hispanic Ministries at Orange County First Assembly of God. His research and teaching interest focus on the interaction of culture, religion, society, economics, and leadership. Among the issues he explores are theological developments in Hispanic culture, civic spirituality, community development in the Latino communities, the integration of faith, work, and economics, and spiritual movements in religion (particularly the glossolalic phenomenon).

While he studied and completed his master's degree (2003, Christian Leadership), Rev. Tamara performed missionary work in Guatemala, Mexico, and Peru. He has been the recipient of several recognitions throughout his academic life, in both undergraduate and graduate programs. His distinctive roles as teaching assistant at graduate level in in the areas of management, leadership, philosophy, literature, and theology have consolidated his foundational principles of morality as educator, researcher, and pastor.

Rev. Tamara is also a credentialed school teacher (k-12), interdenominational seminary professor, and laity empowerment instructor. He is currently working as Spanish professor at Vanguard University and also serves as Theology professor at The Latin American Theological Seminary and LABI College (Academic Dean and Spiritual Formation Director, 2007-2009). He is the Southern California representative of the Billy Graham Evangelistic Association and the City Director of the LA Spanish Network (Made to Flourish) who is leading pastoral gatherings in Los Angeles, Orange County, and Riverside counties.

Having been born and raised in Peru, Fernando is the prototype of a bicultural, bilingual, and bi-vocational leadership, nurtured and shaped in the U.S.

The event will begin at 4pm on Thursday, November 7 and will conclude with lunch at noon on Saturday, November 9.

Accepted participants will receive a conference package that includes single-occupancy lodging, meals, and limited travel assistance. There are no fees to attend; participants must apply to attend.