Not Tragically Colored: Freedom, Personhood, and the Renewal of Black America

How do we improve the socio-economic conditions of inner cities in North America? In a recent article written by Scott Calvert in the Wall Street Journal, Milwaukee was listed as one of four major cities that have experienced a return to murder rates not seen since the 1990’s – this happening while crime nationally is approaching an all-time low.

How are we to deal with a combination of sky-rocketing murder rates and vitriolic dialogue between those with opposing views? In this luncheon lecture Ismael Hernandez, of the Freedom and Virtue Institute, will discuss how fragile urban infrastructures are often vulnerable to patterns that impede human flourishing. As a solution, he presents an alternate vision for personal and communal uplift based on local entrepreneurial initiative.

We hope you are able to attend this free lunch event at the University Club of Milwaukee on Thursday, November 9th from 12:00pm – 1:30pm. 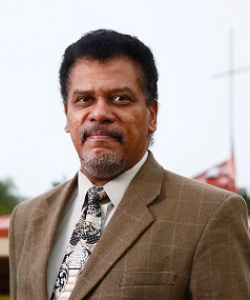 Ismael Hernandez is the founder and Executive Director of the Freedom & Virtue Institute. Ismael grew up in a communist household and joined the Socialist Party of Puerto Rico. Eventually, he surrendered Marxism and embraced free markets. He has an MA in Political Science and served for 15 years in inner-city Catholic ministry in SW Florida.

In 2016, Ismael wrote his first book, Not Tragically Colored: Freedom, Personhood, and the Renewal of Black America—published by the Acton Institute. Ismael Hernandez currently lives in Fort Myers with his wife and three children. 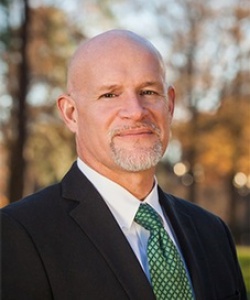 Director of Programs and Education

Paul J. Bonicelli, Ph.D. currently serves as the director of Programs and Education at the Acton Institute. Previously, he has served as executive vice president at Regent University (VA), provost at Houston Baptist University (TX), and dean of academic affairs at Patrick Henry College (VA). He began his teaching career as assistant professor of political science at Grove City College (PA) and has taught as an adjunct professor for the Rep. Bill Archer Fellows Program of the University of Texas in Washington, DC.

Bonicelli served in President George W. Bush’s administration at the US Agency for International Development (USAID) and was tasked with advancing the cause of political and economic freedom by means of US foreign assistance.  He was confirmed by the US Senate to serve as assistant administrator for Latin America and the Caribbean, overseeing all foreign assistance programs in the region.  Pursuant to the president’s second inaugural address and his national security strategy, Bonicelli worked with the National Security Council and the State Department to devise and implement the president’s Freedom Agenda.  The goal of the agenda was to support peoples seeking to build ordered liberty in their countries.  During his time in the administration Bonicelli had oversight of USAID’s global democracy and governance programs (80 countries as well as international organizations), testified before Congress three times, served as head of delegation in multilateral fora and represented the United States in negotiations with foreign governments and international organizations.

Bonicelli has been a foreign policy advisor for several presidential campaigns and currently serves on two committees of the John Hay Initiative (Human Rights and Democracy, International Development) offering specific expertise on foreign policy that supports liberty abroad.  He serves as a senior advisor to the Center for Strategic and International Studies, and maintains a regular national and international media presence (television, radio, web) providing opinion and commentary via various news outlets.  He writes regularly on international relations for Foreign Policy magazine’s Shadow Government blog as well as for The Federalist.  He is a member of the board of directors of American Majority and Voter Gravity (electoral politics training and voter technology development).