Too loosely is the word "Marxist" used to insult a conflicting viewpoint. When we conscript people to a "side" and reduce them with a label, we participate in the same silencing and censoring that we hope to fight against. Aleksandr Solzhenitsyn wisely refused to choose a side in American politics. While the Russian dissident did battle the unjust control of the Soviets in his country, he chose the most powerful of weapons--novels. He argued for the convincingness of art to force "even an opposing heart to surrender." Through fiction, Solzhenitsyn provides a way to love our so-called enemies, encourage conversation rather than silencing, and, even when all appears despairing, open the door to hope. 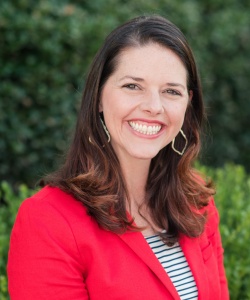 Jessica Hooten Wilson is the Louise Cowan Scholar in Residence at the University of Dallas. She is the author of a handful of books on Flannery O'Connor, Walker Percy, and Fyodor Dostoevsky; most recently she co-edited with David Deavel Solzhenitsyn and American Culture: The Russian Soul in the West. She is a Visiting Alcuin Fellow committed to the renewal of classical education. Find her online at www.jessicahootenwilson.com or follow her on Twitter @HootenWilson.

Event livestream is free and will be available to view @ 12 noon Eastern on April 22.