Grand Rapids, Mich., August 26, 2021 – In recognition of Dr. Orlando Samões’ outstanding research in the fields of ethics, politics and economics, the Acton Institute will be awarding him the 2021 Novak Award.

Dr. Orlando Samões is the head of the undergraduate degree program in Political Science and International Relations at the Institute for Political Studies at the Universidade Católica Portuguesa (IEP-UCP) as well as the editor-in-chief of Nova Cidadania Quarterly Journal. At IEP-UCP he teaches, as part of a ‘Great Books’ curriculum, on figures such as Adam Smith, Montesquieu, Rousseau, and ‘Publius’. He also teaches decision theory including game theory and public choice economics. Dr. Samões also teaches political science at the Católica Lisbon School of Business and Economics.

Samões received his Ph.D. in Political Science from the Universidade Católica Portuguesa with a thesis entitled “Natural Liberty and Virtue: A study on the ideas of self-love and benevolence in Adam Smith’s thought”. His current research concerns political economy and political theory with an emphasis on the intersections of political, moral and economic principles. 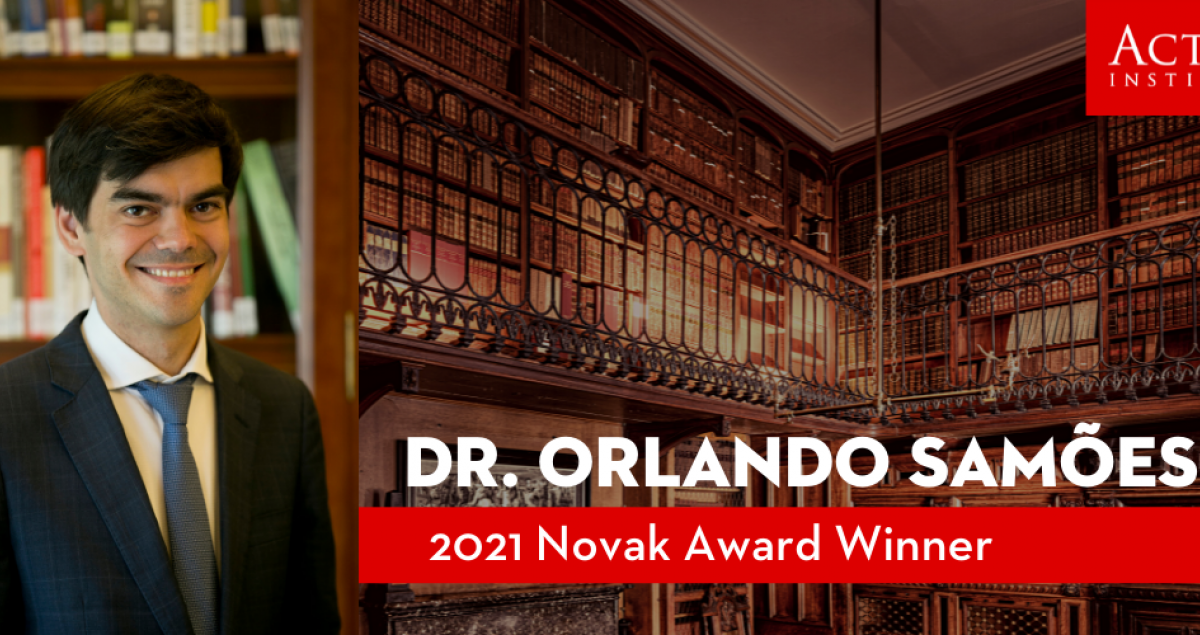 Named after distinguished American theologian Michael Novak, this $15,000 award rewards new outstanding scholarly research concerning the relationship between religion, economic freedom, and the free and virtuous society. This award recognizes those scholars early in their academic career who demonstrate outstanding intellectual merit in advancing the understanding of theology’s connection to human dignity, the importance of the rule of law, limited government, religious liberty, and freedom in economic life.

Preserve his legacy of liberty

Eligible scholars must submit an application form and supporting documentation by March 15. Nominations are no longer necessary. Download the Application Form [PDF].

All award decisions are communicated via e-mail.

Like the vast majority of universities, scholarship programs, and research institutes, the Acton Institute does not enter into discussions with unsuccessful applicants concerning the particular reasons for their denial.

Current doctoral candidates or those who have received a doctorate in the past five years are eligible. Applicants should have studied theology, religion, philosophy, history, law, politics, economics, or related fields.

Scholar applicants must have a demonstrated interest in the relationship between religion, economic liberty, and the free and virtuous society. Important principles in this relationship include the recognition of human dignity, the importance of the rule of law, limited government, religious liberty, and freedom in economic life.

Scholar applicants must display the potential to contribute to the advancement of a free and virtuous society.

The Novak Award is open to all qualified persons irrespective of race, sex, age, national or ethnic origin, citizenship, religious affiliation, or disability.

The recipient of the Novak Award will present his or her research in a public forum known as the Calihan Lecture.

Travel expenses for the recipient to and from the Calihan Lecture will be provided in addition to the $15,000 award.

Any published work drawn out of the award must also be granted by-line acknowledgment to the Novak Award and the Acton Institute.

The Acton Institute may publicize the award and has permission to identify a recipient as a Novak Award recipient.

Recipients must comply with any applicable tax regulations.

Include the following to be considered.

A complete application is required to be considered for this award and includes the following:

Completed applications must be mailed to the Acton Institute and postmarked by March 15.

Mail the completed application materials to:

Telos and Markets: Aristotle, Burke, and Hayek on the Role of Economics in the Wider Social Order

Religion, Society, and the Market: The Legacy of Wilhelm Röpke

Crisis in the Public Square: A Reformational View

The Crisis of Liberty in the West

Dependence on God and Man: Toward a Catholic Constitution of Liberty

Society, Economy, and Culture: Challenges for the West

Consumerism, Subsidiarity, and the Market

A Rosminian Vision for the Post-Crisis Global Economy

Spiritualizing the World: Secularism as a Religion—Challenges for Faith and Liberty in Europe

The Importance of the Penultimate: Reformed Social Thought and the Contemporary Critiques of the Liberal Society

What Profits for a Man to Gain: Just (the) Price (of the Soul)

The Hope of Salvation and the Sentence to Death: Religion, Despair, and Terror in the Modern World

The Labour Theory of Value and Social Justice 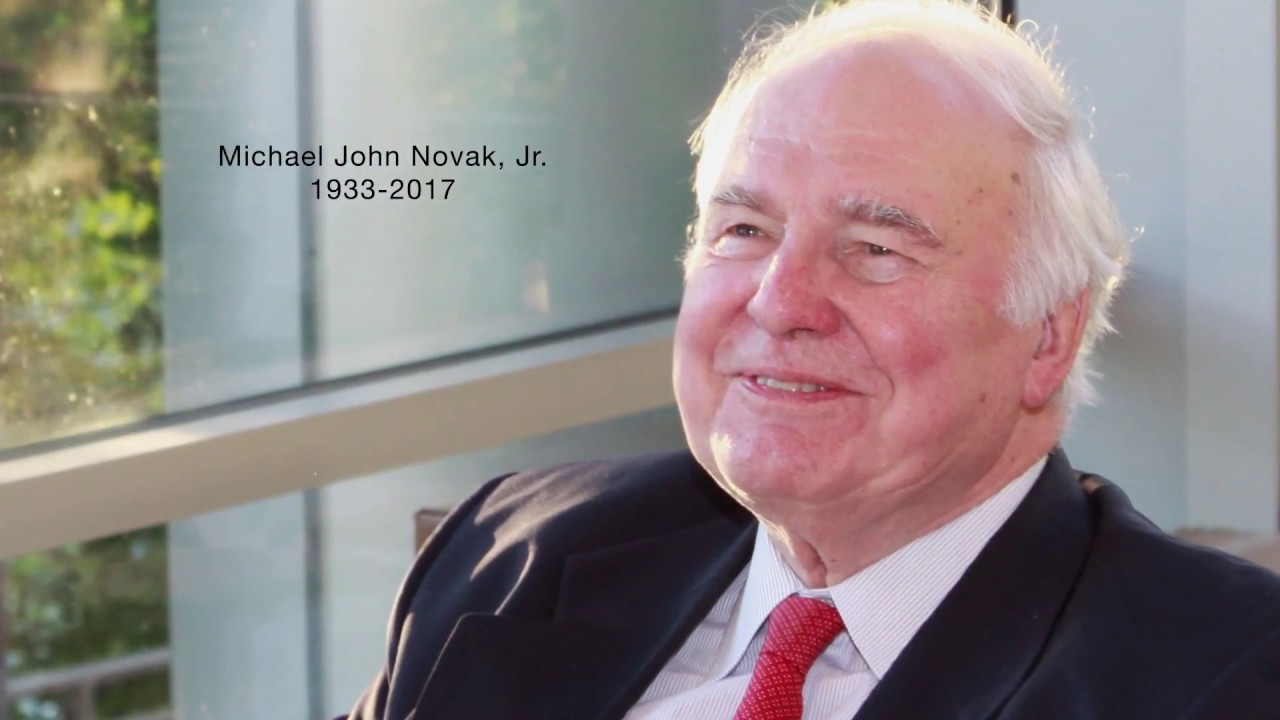 Acton Institute President Rev. Robert A. Sirico reflects on the passing of his friend and mentor Michael Novak, who through his writings influenced scores of scholars and theologians to recognize the potential of the market economy and the centrality of the dignity of the human person.